London (March 14): Southern Group of Labour Party MPs convened for their regular meeting in Parliament where first turban wearing MP to British Parliament Tanmanjeet Singh Dhesi was elected as chair of the group by colleagues. 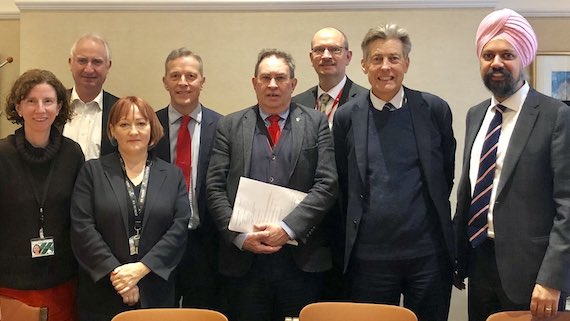 A press released issued after the meeting says that a range of issues were discussed, including the Spring Statement. The next meeting will be with Party Leader Jeremy Corbyn, wherein they will give policy ideas & issues important for the Southern region (comprising of Labour South East, Labour South West and Labour East).