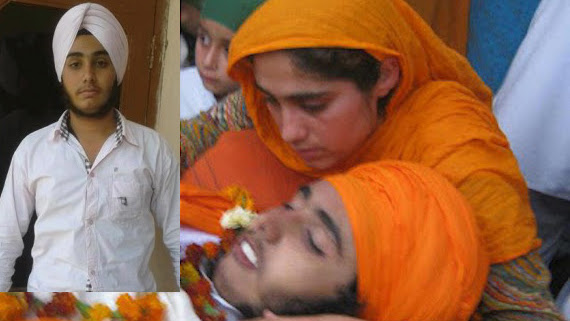 [Inset: Jaspal Singh, who was killed in police firing at Gurdaspur on March 29, 2018]

Why Sikhs Were Staging Sit-in?

On March 28, 2012 a Punjab Bandh was called by the Akal Takht Sahib to protest against proposed execution of Sikh political prisoner Bhai Balwant Singh Rajoana. During the Punjab Bandh some Shiv Sena activists had beaten up three Sikh youths near Bata Chowk in Gurdaspur and disrespected their Dastars. After protest by Sikh groups, the police had registered an FIR against Shiv Sena leaders and activists.

On March 29, 2019 Shiv Sena activists were trying to force shut down in Gurdaspur demanding withdrawal of FIR registered against them. To oppose their move some Sikh youths gathered at Gurdwara Ramgarhia and started a sit-in seeking arrest of those booked by the police for disrespecting the Dastar.

Saka Gurdaspur 2012 – Police Had Opened Fire without Provocation or Warning:

When Sikh youths started sit-in demonstration on the roadside outside the Gurdwara Ramgarhia, senior police officials talked to them and listened to their concerns. Video clips, available over internet show that the Sikh youths were staging a sit-in and were chanting “Satnam”, “Waheguru”.

Jaspal Singh, who was among the Sikh youths- who were being chased by the Punjab police personnel, was hit at a distant place in a street on the back side of the Gurdwara Sahib. Another Sikh youth Ranjeet Singh was also hit by another bullet on place close of the place where Jaspal Singh was shot. The bullet had crossed through one side of Ranjeet Singh stomach and he was serious injured but he survived the incident. Jaspal Singh, who was hit just below the belly did not survive.

Police Imposed Curfew and Did Not Hospitalised Jaspal Singh:

Soon after the incident the police imposed curfew in Gurdaspur and did not made any arrangement to hospitalise those who were injured in police firing. Instead, as Ranjeet Singh told Sikh Siyasat News, that he was beaten up by the police after he was hit by the police.

Another Sikh youth named Gagan somehow managed to take Jaspal Singh to the Civil Hospital but it was too late by then. Jaspal Singh was declared as brought dead by the doctors.

Police Inquiry by Commissioner S.R. Ladhar Questioned Use of SLR and AK47:

A police inquiry was set up by the then Punjab government. The inquiry conducted by the then police commission of Jalandhar, S.R. Ladhar raised serious questions over the conduct of the police and civil administration. He noted that the police did not use other methods before restoring to the firing. He also raised serious questions about use of deadly weapons such as SLR and AK47 against protesters.

In this case the forensic evidence established that Jaspal Singh was hit by a bullet fire from a Punjab police AK47 rifle that was allotted to constable Vijay Kumar on that day. The police, however, the magistate’s court that no one was found guilty in this case and field a closure report.

HC Did Not Allowed Request for CBI Investigation:

Jaspal Singh Gurdaspur’s family members had approached the Punjab and High Court  to seek CBI investigation in this case but the HC declined their request.

“The court did not make any decision for past three years. On every court hearing we are getting next date of hearing and nothing else”, said Gurcharanjeet Singh.

Gurcharanjeet Singh, an ex-armyman, said that the present Punjab government, led by CM Amarinder Singh, should order special investigation in this case.

“When there is forensic evidence which says that Jaspal Singh was killed with a bullet fired from the Punjab police AK47 and as per police records that AK47 was alloted to constable Vijay Kumar on that day then how the police could file a closure report saying that no one is guilty for Jaspal Singh’s murder?”, he asked.

We shall write to Punjab demanding formation of SIT investigate and prosecute culprits of Saka Gurdaspur 2012, said he. 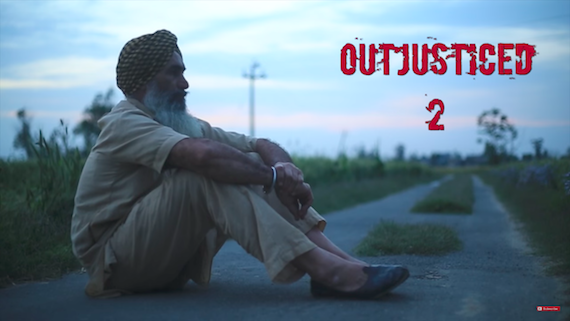