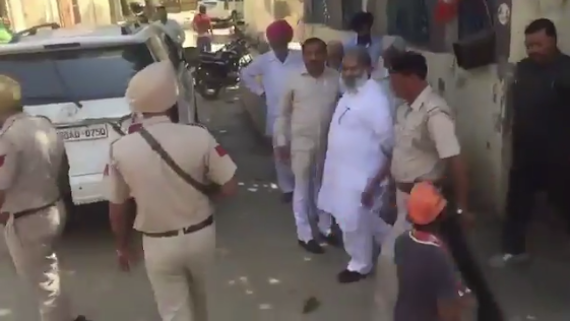 A screenshot from the video of incident

There was strong protest after Anil Vij used foul language against the protesters. The police personnel deployed in the security of Haryana ministers and BJP candidate struggled hard to take them away from the protesters.

The incident took place at Machhonda village near Ambala.