Patiala, Punjab: A sub-committee of the Shiromani Gurdwara Prabhandak Committee (SGPC) will meet today to decide about ‘Dastan-e-Miri-Piri’ against which Sikhs are holding protests.

The movie depicts sixth Sikh Guru, Guru Hargobind Ji in violation of established principle that Sikh Gurus can not be depicted in any visual form- still or moving.

Talking to Sikh Siyasat News (SSN) Ranjit Singh, personal assistant of Giani Harpreet Singh (SGPC appointed Jathedar of Akal Takht Sahib) confirmed that the filmmakers were told on May 7 that depiction of Guru Hargobind Ji in the trailer of their movie was unjustified. He said that the film makers were told to send full movie for review. He confirmed that the trailer of the movie was released by the film makers without approval of the screening committee.

On May 26 Giani Harpreet Singh issued a brief release announcing that the matter was handed over to a sub-committee of the SGPC.

On May 27, SGPC president Gobind Singh Longowal announced that the sub-committee will meet on May 29 to review the film.

It is not know that who are part of this sub-committee. It is notable that SGPC appointed censor board’s member Inderjeet Singh Gogoani is part of production team of Dastan-e-Miri-Piri fil and his involvement in screening committee as an ‘expert’ (if he is part of the team) could jeopardise the independence and credibility of the committee.

The opposition of the movie has grown stronger. Students of Punjabi university Patiala held a protest against the movie yesterday. Students of Panjab University have announced to hold protest today against depiction of Sikh Gurus in cartoon/animation movies. 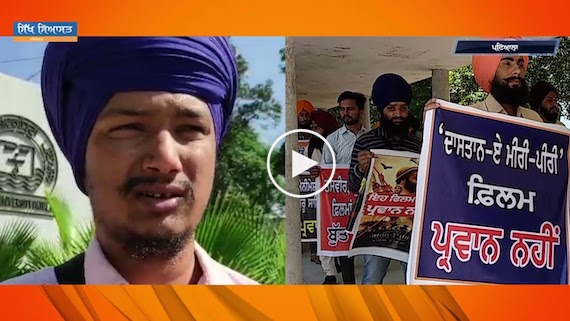