Chandigarh: On May 27 The Dawn newspaper of Pakistan published a news item reporting that “Guru Nanak’s Palace” in Bathanwali village of Narowal tehsil in West Punjab was demolished. In its report the newspaper had linked the building with the Sikh religion and Guru Nanak Ji.

But on next day the newspaper clarified that though the building was old, but it was neither linked to Guru Nanak Ji nor it was a Sikh religious place. 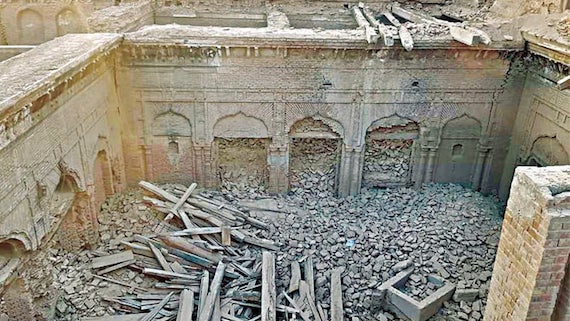 Ruins of Haveli after destruction

Pakistan Sikh Gurdwara Prabhandak Committee (PSGPC), Evacuee Trust Property Board of Pakistan, Sikh historian and writer Amardeep Singh who has written books on Sikh heritage in Pakistan have all clarified that the building was not linked to Guru Nanak Ji. They said that it was an old Haweli and not a Sikh Gurdwara or religious place.

According to a report in Pakistani newspaper The Express Tribune, the Additional Commissioner of Narowal has ordered to lodge and FIR against two persons namely Ranjha and Pannu who were illegally occupying this Haveli. The newspaper further notes that the Additional Commissioner has also directed to seal the site and had it cover to Cultural Heritage Department and asked the Evacuee Trust Property Board to ascertain its status.

But the Indian media and Indian politicians are turning blind eye to all these reports and referring to the initial news that was reported by The Dawn on May 27 while claiming that Sikh heritage site called  ‘Guru Nanak’s Palace’ was destroyed in Narowal. 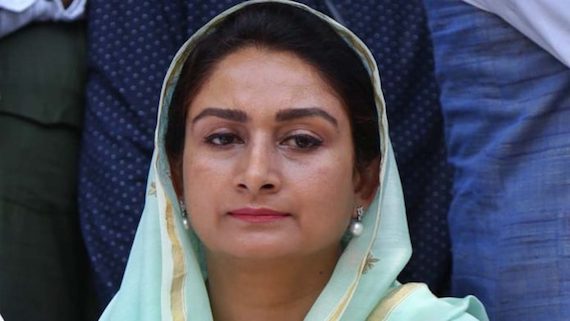 Harsimrat Kaur Badal, Bathinda MP and a leader of Shiromani Akali Dal (Badal) had urged Indian Prime Minister Narendra Modi to talk to Pakistani PM Imran Khan in this matter. Harsimrat Kuar Badal’s tweet dated May 27 reads: “I join the #Sikh community in condemning the demolition of historical #GuruNanakPalace in #Pakistan’s #Punjab province by some vandals in connivance with Auqaf authorities. As #Sikhs are deeply anguished, I urge @narendramodi ji to strongly take it up with Pak PM @ImranKhanPTI“.

Punjab chief minister Amarinder Singh on Wednesday (May 29) issued a statement urging Indian PM Narendra Modi “to pressurize the Pakistan government to undertake a thorough probe into the destruction of the centuries-old Guru Nanak Palace in Narowal”.

Written statement issued by Punjab Chief Minister’s Office (CMO), a copy of which is available with the Sikh Siyasat News (SSN), says that Amarinder Singh “has also offered to get the property rebuilt by his government if the Centre is able to secure Islamabad’s permission for the same”. 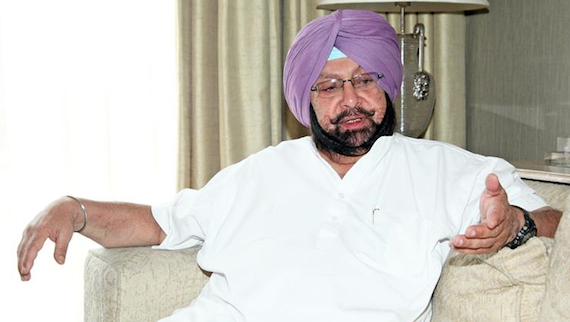 It is interesting to note that Punjab CM Amaridner Singh’s statement has come after a prominent Punjabi vernacular of East Punjab published a front page news clarifying that it was the Indian media which turned demolition of an ordinary Haveli into destruction of a Sikh Gurdwara Sahib.

In a written statement (copy available with SSN) American Sikh Gurdwara Prabhandak Committee (ASGPC) said that Indian media was conspiring to sabotage the Kartarpur Sahib corridor initiage by publishing wrongful information and turning the demolition of an ordinary haveli into destruction of Gurdwara Sahib.

Historian Amardeep Singh says The Haveli Had Nothing to do with Guru Nanak Ji:

Historian Amardeep Singh who has done extensive research on Sikh heritage and religious sites in Pakistan said: “[I]t was a total irresponsible reporting by ‘Dawn’ newspaper. The author of the first DAWN article himself says the ownership of this building is unknown”. 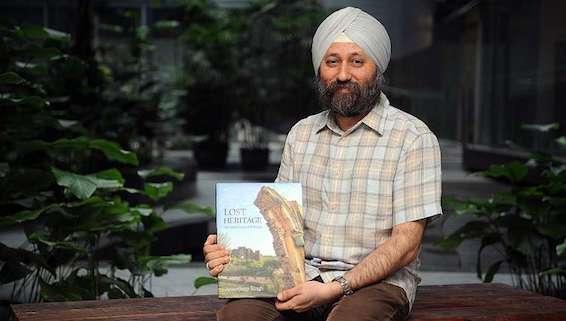 “Such buildings of Sikh era with frescos of Sikh Gurus are in abundance all across Pakistan and many such sites are covered comprehensively in my two books ‘LOST HERITAGE The Sikh Legacy in Pakistan’ and ‘THE QUEST CONTINUES, LOST HERITAGE The Sikh Legacy in Pakistan’ “, said he, while adding that “[f]rescos of Guru Nanak inside a building does not make it a ‘PALACE’ of Guru Nanak”.

He said that ‘Nanak Palace’ is just a home of a Sikh family built in the times of Ranjit Singh, as is evident from the brick size which is the ‘Nanki Brick’. At the time of Guru Nanak, homes were built by bricks of ‘Lodhi Dynasty’ which were flat but larger in size. The renewed local interest on Sikh legacy in Pakistan is making people just write anything and associate with Guru Nanak.