The corridor is being built across border between East and Western parts of Punjab, under the control of Indian and Pakistani authorities respectively. 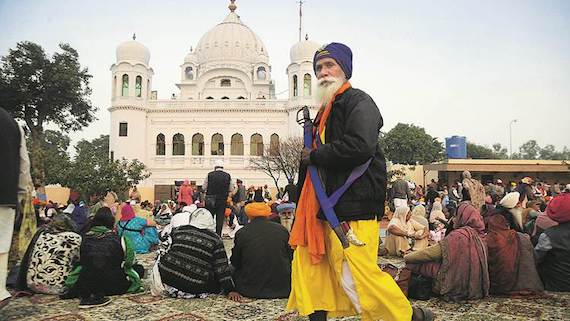 While the Pakistan has undertaken the construction work on its side the Indian authorities are to build the part of corridor which falls in their side.

⊕ WHAT IS KARTARPUR SAHIB CORRIDOR?
⊕ WHAT IT MEAN FOR THE SIKHS?
⊕ WHY ITS’ BEING BUILT NOW?
⊕ WHAT ARE ITS LINKS WITH GEO-POLITICS and TRADE?
→ READ THIS SPECIAL REPORT BY SIKH SIYAST in GURMUKHI/PUNJABI

Recent media reports have noted that Pakistan has completed 90% of construction work for Kartarpur Corridor and final push will be there after Eid.