Chandigarh: Award-winning actor Zaira Wasim on Sunday announced her “disassociation” from the field of acting, saying she was not happy with the line of work as it interfered with her faith and religion.

In a detailed post on her Facebook page, which she later shared across all social media platforms, the Kashmiri-born Dangal fame star said she realised “though I may fit here perfectly, I do not belong here”.

“Five years ago, I made a decision that changed my life forever. As I stepped my foot in Bollywood, it opened doors of massive popularity for me. I started to become the prime candidate of public attention, I was projected as the gospel of the idea of success and was often identified as a role model for the youth. However, that’s never something that I set out to do or become, especially with regards to my ideas of success and failure, which I had just started to explore and understand,” Wasim said in the lengthy post. 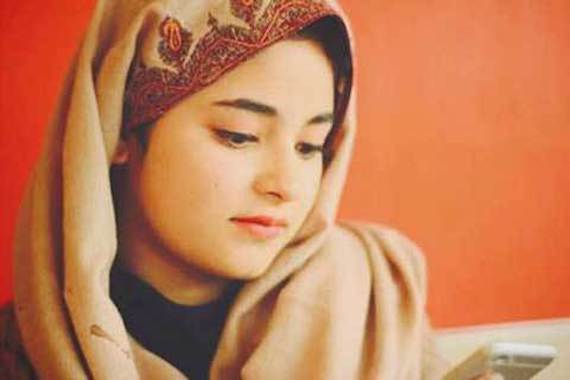 “I was constantly battling with my soul to reconcile my thoughts and instincts to fix a static picture of my iman and I failed miserably, not just once but a hundred times. No matter how hard I tried to wrestle to firm my decision, I ended up being the same person with a motive that one day I will change and I will change soon. I kept procrastinating by tricking and deluding my conscience into the idea that I know what I am doing doesn’t feel right but assumed that I will put an end to this whenever the time feels right and I continued to put myself in a vulnerable position where it was always so easy to succumb to the environment that damaged my peace, iman and my relationship with Allah”, she added.