The decision earlier this week by the Indian Ministry of Home Affairs to ban Sikhs for Justice (SFJ) from operating in India shows India’s total disrespect for basic human rights and its desire and desperation to silence the Sikh Diaspora. 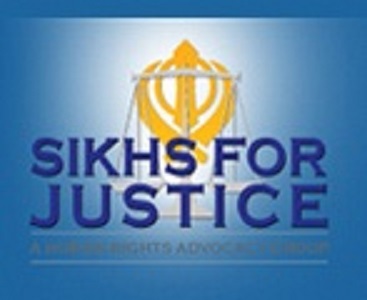 SFJ is a human rights advocacy group based in North America that has been highlighting human rights violations and the 1984 Sikh Genocide by the Indian state for the last 12 years and has in the last five years been underlining the right to self-determination.

Not content with its gross violation of human rights for over a decade the Indian authorities turned its attention by killing human rights activists in Punjab like Jaswant Singh Khalra. He was eliminated by Indian police as he highlighted to the global community 25,000 Sikh disappearances, including unidentified bodies and illegal cremations.

The “Sacrificing Sikhs” report published in November 2017 based on around half of the UK Governments own official papers released after 30 years provides evidence the Indian State was active in the 1980s to try and silence the British Sikh voice of opposition and calls for Sikh independence that followed the 1984 Sikh Genocide.

There is little doubt the Indian state would have tried to do the same with other foreign governments like Canada and the USA to varying degrees of success that no one has yet uncovered to the extent as in the UK. The Sikh Federation (UK) has also in recent years become aware of some of India’s anti-Sikh activities in countries like Germany and Switzerland to try and silence Sikh opposition.

UK politicians have confirmed in 2001 the Indian government pressured the UK Government to ban the International Sikh Youth Federation (ISYF). The ISYF was the main Sikh organisation operating in the Sikh Diaspora highlighting human rights violations by the Indian State and advocating for an independent Sikh State. The 9/11 act of terrorism was misused by India for its own purposes to push for worldwide restrictions on the ISYF and bans in India (December 2001) and Canada (June 2003).

In the UK Sikhs have successfully lobbied and used the legal process to have the ban on the ISYF lifted in March 2016 and two months later to have all restrictions lifted on the ISYF across Europe. There has been recent talk that Sikhs in Canada may be legally challenging the Canadian government to justify the continued ban on the ISYF.

The US Administration has stood up to the Indian government and never banned any Sikh organisation, but the authorities have been pressured to act against individual Sikh nationalists. What is abundantly clear is the Indian government has been constantly complaining to foreign governments for up to 40 years about Sikhs in the Diaspora raising human rights violations in India and pressuring them not to engage with Sikh organisations and individuals advocating for the right to self-determination. Instead the Indian authorities have increasingly pushed with foreign governments Sikh groups, businessmen and individuals that are totally silent on criticism of India or who are pro-Indian as Sikh representatives with whom they should engage.

The Indian authorities are increasingly worried about the in-roads being made by Sikhs in the Diaspora into the highest levels of the political arena in countries like Canada and the UK. They are struggling to understand many of the Sikh politicians have been born in Canada or the UK or lived most of their lives there and are duty bound to respect human rights and act as champions for the minority Sikh community.

As shown with Canada India has gone to extreme lengths in the last 18 months to discredit the current Canadian Prime Minister and exert pressure on the Canadian government to act against individual Sikh activists with a no-fly policy or try and demonise the entire Sikh community through official reports. With federal elections taking place in Canada in October 2019 the Indian authorities are unashamedly approaching the opposition Conservative Party to change their position on freedom of expression and those campaigning for Sikh self-determination.

Bhai Amrik Singh, the Chair of the Sikh Federation (UK) said: “We want to make clear the Indian authorities will never be able to silence the Sikh Diaspora from highlighting human rights violations and our right to self-determination.”

“Banning Sikhs for Justice in India where it does not exist, pressuring foreign governments to take actions against Sikh nationalists and interfering in the Canadian federal elections are signs of desperation by the Indian regime.”

“Sikhs in the Diaspora are increasingly politically active and media savvy and foreign politicians will find it more and more difficult to appease the Indian authorities at the expense of their own Sikh citizens.”

“In the long run India’s actions will backfire as foreign governments will eventually realise they have more to gain from a large independent Sikh State in the Indian sub-continent than from bowing to the blackmail of the Indian authorities.”