As per reports, S. Satwant Singh, from Khyber Pakhtunkhwa, has been appointed as the new president of PSGPC while S. Ameer Singh of Punjab was appointed as general secretary. 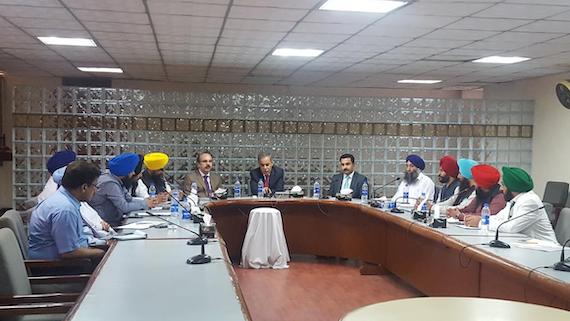 A view of PSGPC meeting held in Lahore on 18 July, 2019 | Source: Evacuee Trust Property Board (ETPB)

PSGPC informed that it was decided during the meeting to open two more Gurdwaras- Gurdwara Khara Sahib in Gujranwala district and Gurdwara Choa Sahib in Jehlum districts for Pakistani Sikhs.

Government of Pakistan had notified new PSGPC on 12 July 2019. Names of new PSGPC members are as under:-