Faridkot: The court of an Additional Sessions Judge (ASJ) today discharged a UAPA and Arms Act case against Jagtar Singh Johal and others.

ASJ Rajesh Kumar had heard the arguments regarding admissibility of the chargesheet on an earlier date and pronounced the judgement today.

The court dismissed the charges on merit on the ground of double jeopardy and discharged the case.

Advocate Jaspal Singh Manjhpur told Sikh Siyasat News (SSN) over phone that this case was initially registered against one Gurpreet Singh under FIR number 193/2016 at Police Baghapurana. The police had later named Jagtar Singh Johal and other persons in this case. After that the police had registered case FIR number 63/2017 at police station Bajakhana and allegations against Jagtar Singh Jaggi, Taljit Singh Jimmy, Jagjit Singh Jammu and Tarlok Singh Laddi in Baghapurana case (193/2016) were copy-pasted in chargesheet presented in this case (63/20187).

He added that the defence had challenged the chargesheet in the court pointing that it amounted to duplication of charges and thus double jeopardy.

He said that the court appreciated the defence argument and discharged all persons, including arrested Scotland citizen Jagtar Singh Johal alias Jaggi in this case. 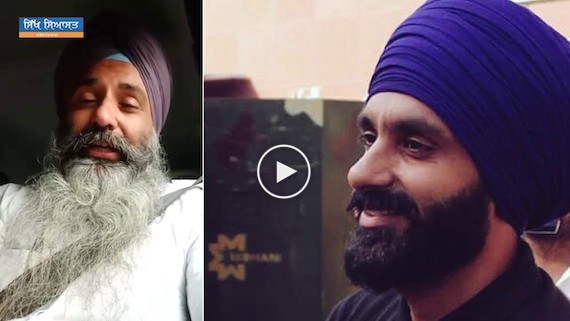