Chandigarh: China has objected to Indian government’s move to strip disputed territory of Jammu and Kashmir of ‘special status’ and divide the region into two parts to be controlled by the Central Government of India.

China has slammed India for according Ladakh the Union Territory status and urged New Delhi and Islamabad to exercise restraint following cross-border shelling and India’s decision to revoke special status to Jammu and Kashmir. 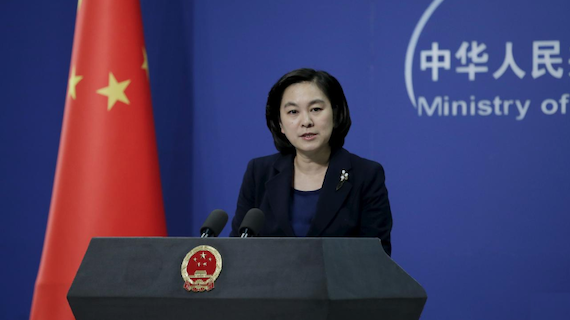 Sikh Siyasat News (SSN) has found two written responses on the website of Embassy of People’s Republic of China in the United States of America – one is about current situation in Jammu and Kashmir, and other is about Indian government’s announcement to make Ladakh as a Union’s Territory.

Full text of both responses, along with corresponding questions, reads as follows:–

Q: The Indian and Pakistani troops recently crossed fire and shelled each other several times near the Line of Actual Control in Jammu Kashmir. India has sent a large number of additional paramilitary troops to India-controlled Kashmir and intensified security measures. There is rising tension in the region. In the meantime, India announced the removal of the “special status”of India-controlled Kashmir. What is China’s response to that?

A: China is seriously concerned about the current situation in Jammu Kashmir. China’s position on the Kashmir issue is clear and consistent. It is also an international consensus that the Kashmir issue is an issue left from the past between India and Pakistan. The relevant sides need to exercise restraint and act prudently. In particular, they should refrain from taking actions that will unilaterally change the status quo and escalate tensions. We call on both India and Pakistan to peacefully resolve the relevant disputes through dialogue and consultation and safeguard peace and stability in the region.

Q: According to reports, the Indian government announced Ladakh as Union Territory, where there is the western sector of the China-India boundary. What’s your comment?

A: China is always opposed to India’s inclusion of the Chinese territory in the western sector of the China-India boundary into its administrative jurisdiction. This firm and consistent position remains unchanged. Recently India has continued to undermine China’s territorial sovereignty by unilaterally changing its domestic law. Such practice is unacceptable and will not come into force. We urge India to exercise prudence in words and deeds concerning the boundary question, strictly abide by relevant agreements concluded between the two sides and avoid taking any move that may further complicate the boundary question.