India Tried to Crush Will of Kashmiri People, We Support Kashmir’s Right to Self Determination: Bhai Daljit Singh

Chandigarh: Pro-freedom Sikh leader Bhai Daljit Singh has issued a written statement expressing solidarity with the people of Kashmir while reaffirming support for their right to self determination.

Full text of the statement reads as follows: 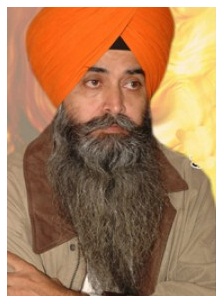 On 5 August 2019, the Indian union government has abolished Article 370 and 35A of the Indian Constitution. This is an indication of the next step being taken by the present Hindutva vanguard in establishing a singular, homogenous identity. It is the basic instinct of the Brahmanical forces to absorb the distinct religious, social and cultural entities in order to subjugate them.

This move should be seen as the complete occupation and capture of Kashmir into the Indian State, a step beyond the prevailing dependence that it has experienced thus far. This is against the will of the Kashmiri people and is thus immoral, serving a death knell to the course of justice.

This action is a deep wound to the conscience of the Kashmiri people who have been physically oppressed for so long.

This current Indian Government is ignoring it’s own constitution, legislature and judiciary on the one hand, whilst dismissing internationally recognised processes on the other. In fact, the Indian State is breaking its own diplomatic promises on Kashmir and the United Nations Resolution through this course of action. It is a sign of the power that this Hindutva dictatorship holds to ignore what was in place before.

Central Government’s act of ignoring the will of the people, written agreements, international monitoring and the concerns of world peace while undertaking this course of action raises grave apprehensions that it could unilaterally crush the rights of any nationality.

All religions, cultural and ethnic nationalities, bahujans, tribals and other distinct entities of this subcontinent need to deliberate and act jointly in this situation.

After removal of Article 370 and Article 35A there are apprehensions of use of armed forces to enforce demographic changes in Kashmir, which would be another grave injustice to the Kashmiri people.
Where people and nations across the globe are trying to bring peace to South Asia, the immoral and arrogant leadership of this Indian State continues to take a path towards war, where the risk of nuclear conflict is very real – one that will be weathered by each and all .

We support the Kashmiri people’s right to self determination.

At this difficult and sensitive time, we stand in Ardas for a resolution that fulfils the aspirations of the people of Kashmir.

In accordance with Gurmat, every Sikh should raise their voice for the rights of the oppressed Kashmiri people.

We anticipate that every movement and body that seeks justice in India speaks out boldly against this move in Kashmir by the Indian State.

It is our understanding that the people of the World will intervene in Kashmir to ensure that our collective principles of peace, freedom and justice are upheld