Chandigarh: As per Punjab government’s initial assessment of damages caused by floods in Punjab, total (100%) crop damage is accessed in 25000 hectares (more than 60000 acres).

An official spokesman of the state government said that on the directions of Punjab Chief Minister Amarinder Singh, the Punjab State Seeds Corporation will provide approximately 25,000 Quintal high quality seed of the wheat crop to the flood hit farmers, for upcoming Rabi season. 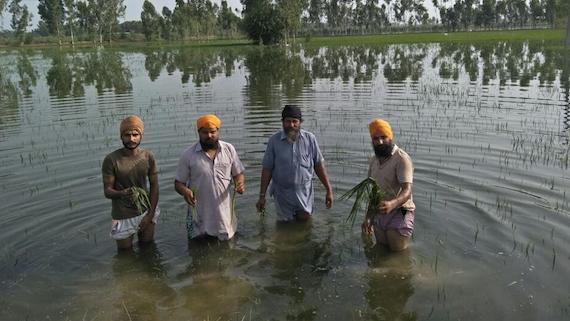 He said that as per the initial crop damage reports, hundred percent crop damage has been reported in about 25000 hectares of farm land. Going by an average, nearly one quintal seed is required per hectare. So, State Government has made an arrangement to provide 25,000 quintals of seed through PUNSEED. Further seed disbursement, if required, would be made subject to the final damage report.

The spokesperson maintained that the “high quality seed” of the wheat crop which costs around Rs. 3000/- per quintal, taking the cost of initial seed requirement to the tune of Rs.7.50 crore. He said that the government has decided to provide these seeds free of cost to the affected farmers as a part of government’s relief measures.

He informed that the Agriculture Department would provide crop damage compensation to the farmers after the loss is ascertained in special girdawari.