The panel entitled “Empowered and undivided by our different religious beliefs,” discussed pressing community issues, hate crimes based on religious beliefs and against minorities, and mass shootings. 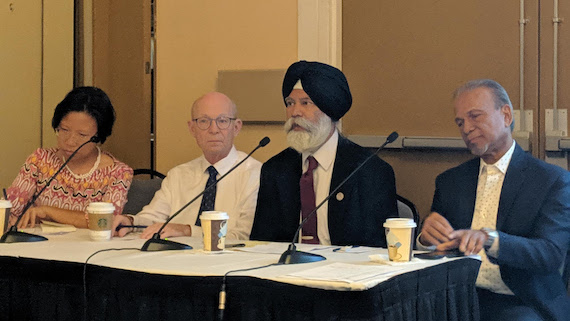 As per reports the panel begin with a historical overview of the use of the term “hate crime” and the history of legislating these crimes. The discussion then moved to the sociological effects of hate crimes on communities and what has been the faith-based resistance to these hate movements.

The panel then examined the context in which hate movements are emerging now and what communities could do to stop them.

As per a SALDEF release, its Regional Director Navtej Sing Khalsa highlighted the increase of hate crimes against members of the Sikh community and what SALDEF has been doing to help bring about change through education and Seva (community service). According to government statistics, since 2016, there has been an overall increase in hate crimes by 17 percent.

“Education is important to bring about tolerance and reduce xenophobia between people,” Navtej Singh Khalsa said. “Even though there is the separation of church and state in the United States, there should be education in public schools on the various faiths to eradicate ignorance,” he added.