Chandigarh: “There is a serious deficit of trust among ethno-religious communities in Sri Lanka following the deadly Easter Sunday bomb blasts and subsequent “mob violence” this year, and these tensions must not be ignored,” Ahmed Shaheed, UN Special Rapporteur on freedom of religion or belief, said while presenting a report following his 12-day mission to the country.

According to a written release, “[n]oting that the Government has taken some significant initiatives to strengthen its democracy and rule of law”, the expert said that “many religious communities remained very concerned about their security because of incitement to hatred and violence by some religious extremists”. 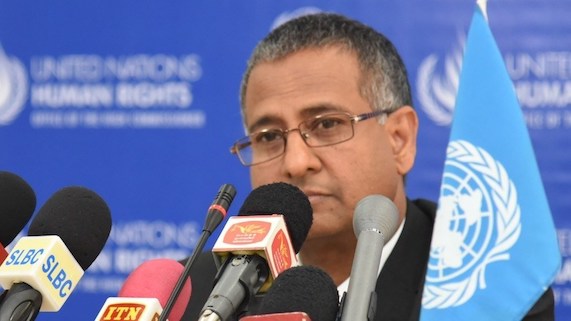 According to Mr. Shaheed, the main challenges to the right to freedom of religion or belief are religious and political violence, lack of accountability, distrust of institutions and resentment against perceived majoritarian privilege.

“Failure by the State to take action to address incitement to hatred and violence will allow extremism to escalate and pose serious challenges to peacebuilding,” he said, adding that “the ethno-religious tension must not be treated as mere sporadic incidents.”

He further underscored that women’s experiences of ethno-religious hostility including violence, displacement and stereotyping must also be effectively addressed.

“I call on the Government and all others to create an enabling environment for the exercise of fundamental freedoms, in the lead-up to elections and not to use ethno-religious tensions for electoral gain,” said Mr. Shaheed.

Special Rapporteurs and independent experts are appointed by the Geneva-based UN Human Rights Council to examine and report back on a specific human rights theme or a country situation. The positions are honourary and the experts are not UN staff, nor are they paid for their work.