Chandigarh: Every second police personnel surveyed by NGO Common Cause and Lokniti feel that Muslims are likely to be “naturally prone” to committing crimes.

The finding was part of “2019 Status of Policing in India Report” recently released by former Supreme Court of India (SCI) judge J Chelameswar on Tuesday (August 27).

It also found that 35 per cent of police personnel interviewed for the survey think it is natural for a mob to punish the “culprit” in cases of cow slaughter. 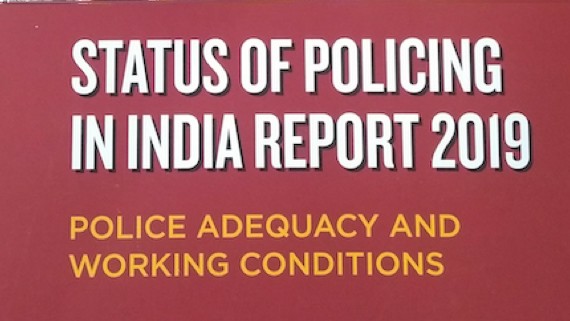 The Status of Policing in India Report: Police Adequacy and Working Conditions (SPIR 2019) was released on August 27, 2019 by a former judge of the SCI

The survey found that 37 per cent personnel interviewed feel that for minor offences, a small punishment should be handed out by the police rather than a legal trial. It found that 72 per cent police personnel experience “political pressure” during investigation of cases involving influential persons.

“One committed officer can make all the difference. But who will put that one officer there,” Justice Chelameswar said. He also narrated his experiences as a judge in dealing with cases where the police had sidestepped the rules. 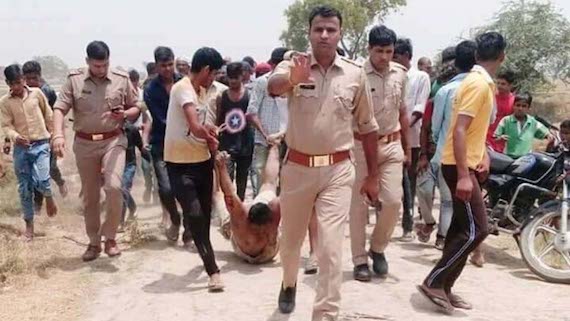 A Muslim Man named Qasim was brutally lynched by Hindutva activists in UP in June 2018. This image was widely shared on Indian social media, and had sparked an internal inquiry

“What is the training we give our officers? (A) six-month crash course on civil and Criminal Procedure Codes, the (Indian) Penal Code and the Evidence Act cannot be deemed sufficient,” he said. Speaking about the need to insulate police personnel from political influence, the retired judge said: “Transfer as a form of punishment for displeasing someone is a problem. Even judges, who hold Constitutional posts, are not protected from undue transfers.”

In October last year, the Delhi High Court in its judgment on the Hashimpura massacre case relied on the 2018 edition of the Status of Policing in India Report to establish institutional bias of the police force against Muslims to convict 16 policemen for killing 42 people in 1987. The trial court had acquitted the policemen for lack of motive.

Brief Background and About Status of Policing in India Report 2019:

Lokniti and Common Cause launched first Status of Policing in India Report: A Study of Performance and Perceptions (SPIR 2018) in May 2018. It was based on an elaborate perception survey and analysed the performance of the police and the levels of citizens’ trust and satisfaction in their day to day working. The present report builds on the first SPIR, analysing sensitivities and service conditions of police personnel; their resources and infrastructure; patterns of their routine contact with common people; and the state of policing apparatus in the country.

Besides a survey of close to 12000 police personnel inside police stations or at their residences across India (21 States) the study also includes another sample of 10,595 of their family members who were interviewed.

Comparisons are done State-wise to bring out the variations across India. The study covers the trying working conditions of police personnel, their meagre resources and infrastructure, crime investigation, diversity, people-police contact and police violence. The survey was designed to elicit perceptions of police personnel about their work environments, their sensitivities, attitudes about the society, and levels of capacities and professional skills. The study also uses official data to construct the big picture of policing and its resources in the States and to show the need gaps in various vital areas.