“One Nation One Language” is Dangerous Ideology; It Is Death Knell For Federal Structure: Congress Spokesperson

Chandigarh: The Education Minister, Punjab and Spokesman of Congress Vijay Inder Singla yesterday (Sept. 22) said that “the ideology of One Nation One Language being propounded by the BJP would sound death knell for the federal structure of the country and is detrimental for a country like India having multi linguistic states”.

In a press communique. Vijay Inder Singla said that the “statement of the Union Home Minister Mr. Amit Shah advocating One Nation and One Language, has brought the cat out of the bag about the intentions of the BJP”. 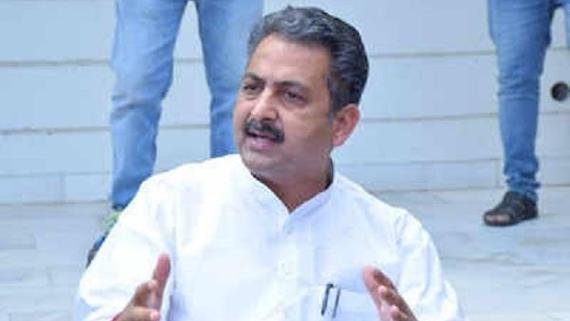 He also said that “India is a multi linguistic, multi cultural society with the principle of University in Diversity deeply embedded in the Constitution but the statement by the BJP leader is in direct contravention of the basic spirit of the Constitution”.

The Congress leader further added that “the attempts are underway to weaken the Constitution and the constitutional institutions being undermined ever since the NDA government has assumed reigns of power. Now, this new idea has struck a blow at the very roots of the Constitution”.

The Congress spokesperson challenged the Shiromani Akali Dal (Badal) to clarify it’s stand on the issue. “The stony silence on the issue being maintained by the Akalis (Badal) exposes lies perpetrated by them about their concern for the federal structure as well as the rights of the States”, he added.

Singla also divulged that the Punjab State came into being on the linguistic basis and the formula of the One Nation One Language is most dangerous for the states like Punjab.

The Congress leader further elaborated that each of the states in India has it’s own language and the One Nation One Language thought is against the states constituted on the linguistic basis. This step would spell disaster for the federal structure of the country. This divisive ideology would face opposition from Kashmir to Kanyakumari and the Congress party would not let the BJP succeed in its nefarious designs.