Amritsar Sahib: Shaheed Sukhdev Singh Sukha and Shaheed Harjinder Singh Jinda, commonly remembered as Jinda-Sukha, are great martyrs of the Sikh Panth. They brought Arun Vaidhya (former chief of the Indian Army) to justice for ordering army attack on Darbar Sahib (Amritsar) and other Sikh Gurdwaras in Punjab and adjoining states in June 1984. 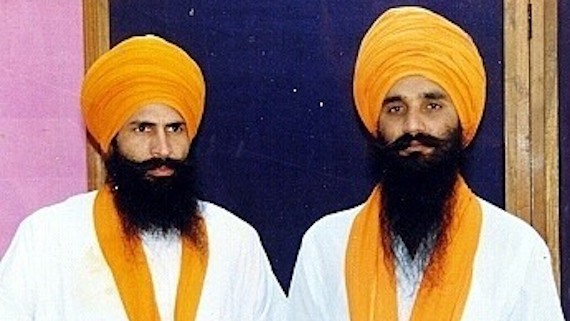