The one-on-one meeting between Xi Jinping and Narendra Modi will take place on Saturday morning after which duo will reportedly issue separate statements.

Media reports say that trade, defence and border issued would be part of the discussions between Xi and Modi. 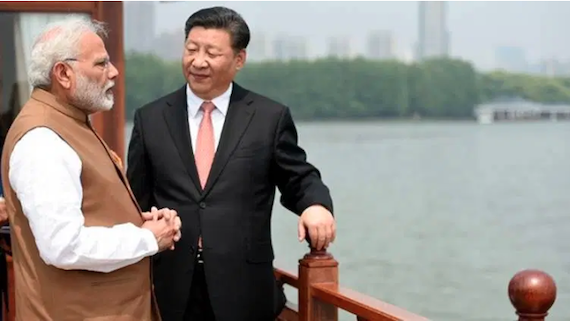 “At the invitation of Prime Minister Modi of the Republic of India and President Bhandari of Nepal, President Xi Jinping will attend the second informal meeting between Chinese and Indian leaders in India and pay a state visit to Nepal from October 11 to 13”, Chinese Foreign Ministry Spokesperson Hua Chunying announced on Wednesday (October 9).

Notably, on Wednesday (October 9), Beijing also said that Xi Jinping had assured support to Pakistan on issues related to its “core interests”. State-owned Xinhua News Agency also quoted him as saying that although the “right and wrong” of the situation were clear, India and Pakistan should resolve the situation through peaceful dialogue.

Full Text of paragraph included on Xi Jinping and Imran Khan’s Joint Statement on Kashmir reads as follows (in verbatim):

The Pakistan side briefed the Chinese side on the situation in Jammu and Kashmir, including its concerns, position, and current urgent issues. The Chinese side responded that it was paying close attention to the current situation in Jammu & Kashmir and reiterated that the Kashmir issue is a dispute left from history, and should be properly and peacefully resolved based on the UN Charter, relevant UN Security Council resolutions and bilateral agreements. China opposes any unilateral actions that complicate the situation. The two sides underlined that a peaceful, stable, cooperative and prosperous South Asia was in common interest of all parties. Parties need to settle disputes and issues in the region through dialogue on the basis of equality and mutual respect. [Text Source: Ministry of Foreign Affairs of the People’s Republic of China]