New Delhi: Assam government’s commitment to increase the minimum wages of tea plantation workers to Rs. 351 met with hurdles of financial viability of the sector. The upcoming Occupational Health and Safety Bill is an opportunity to address some of the hurdles. This bill can enable the struggling Assam tea industry to be viable and at the same time ensure fair living wages and decent working and living conditions for tea plantation workers and their families.

To ascertain the main challenges faced by workers and to find solutions Tata Institute of Social Sciences (TISS) and Oxfam India conducted a research. The report ‘Addressing The Human Cost of Assam Tea’ included in-depth interviews with 510 workers on 50 tea estates in Assam. 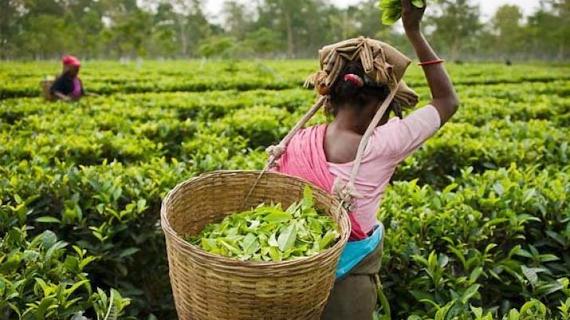 The research shows that the relentless squeeze by supermarkets and brands on the share of the end consumer price for tea makes poverty and hardship for workers in Assam more likely. But, combined with rising costs and the impacts of the climate crisis, it is also contributing to a severe economic crisis for the entire Indian tea industry.

The research also found that despite working for over 13 hours a day, workers earn between Rs. 137 – Rs. 167. It found that tea brands and supermarkets typically capture over two thirds of the price paid by consumers for Assam tea in India – with just 7% remaining for workers on tea estates.

Some of the key findings of the research are:

· Many women tea pickers regularly clock up 13 hours of backbreaking work a day receiving between Rs 110 and Rs 130 a day. This wage is so low that half the workers interviewed, receive ‘Below Poverty Line’ ration cards from the government;

· Indian tea estates are legally obliged under the Plantation Labour Act to provide decent working conditions, housing, healthcare and education. The condition of housing and sanitation is very poor with dilapidated or non-existent facilities. Around 45% of workers interviewed reported suffering from water-borne diseases such as diarrhoea, typhoid and jaundice, among others;

· It is predominantly women who carry out the labour-intensive job of harvesting tea and end up being concentrated in these low-paid jobs. Women tea workers including unpaid domestic work, undertake up to 13 hours of physical labour per day after just six hours’ rest. Despite their large numbers, they remain under-represented in trade unions.

· A 200 gms. packet of branded Assam tea is sold in India for Rs. 68. Of this, less than Rs. 5 is left for workers (using plucking costs as a proxy indicator) while tea brands and supermarkets retain around Rs. 40

· Globally, supermarkets are taking an ever-increasing share of the price paid by shoppers – much of which is channelled to already wealthy shareholders and owners. In Germany and the United States supermarkets capture 87 and 76 percent of the price of a pack of black tea, with just 1 percent accruing to workers on tea estates. Tea workers receive just 2 cents from a packet of Assam black tea that sells for 75 cents in the Netherlands – just 14 cents per pack would be enough to ensure tea workers were paid a living wage

“We welcome the attempts of the government to increase the wages of tea plantation workers and the upcoming Occupational Health and Safety bill. Both have the potential to address the systemic injustice faced by the tea workers in Assam. However, our research points to the fact that the tea plantation workers and their families are living very vulnerable existence. The wages that they earn are very low and their working and living conditions call for an urgent response.

Tea brands have often questioned the financial viability of paying fair wages to workers, but our research shows that by sharing just 2% additional value of the price of tea fair living wages can be provided to millions of workers in the sector.”

Indian tea sector continues to be the largest private sector employer but poor implementation of labour laws is putting at risk the viability of the tea industry as a whole.

The problems highlighted in this report are not exclusive to Assam – they are endemic and prevalent in other supply chains also. But, they are particularly acute in Assam.

Namit Agarwal, Private Sector Lead of Oxfam India said: “Tea brands need to improve their transparency and accountability, in line with India’s National Guidelines on Responsible Business Conduct framework. They must inform consumers about where their tea comes from and how much is paid for it at each stage of the supply chain. It is also important that Indian consumers continue enjoying their cup of tea and at the same time demand fair living wages for workers.

The upcoming Occupational Health and Safety Bill gives an opportunity to the government to correct this systemic injustice.”