A number of human rights lawyers held a joint press conference on October 16, 2019 at Press Club Chandigarh to express their opposition to the Indian State’s policy of impunity for Crimes Against Humanity committed by Indian Security forces in Punjab during 1980s-1990s. This press conference was addressed by senior lawyers and human rights activists.

Speaking during this press conference Advocate Jaspal Singh Manjhpur said that the Indian state was adopting dual standards of law and it has discriminatory policy while implementing the law. 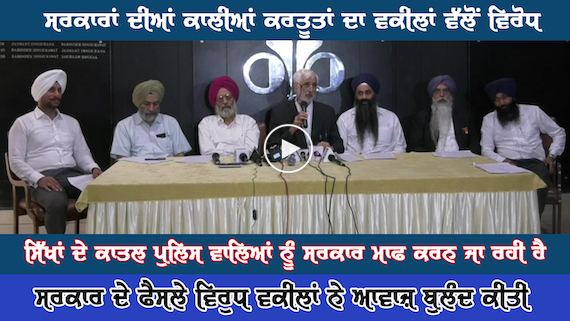