City of Brampton Public Works and Engineering staff were directed to immediately undertake the renaming in time for Guru Nanak ji’s Parkash Gurpurab. 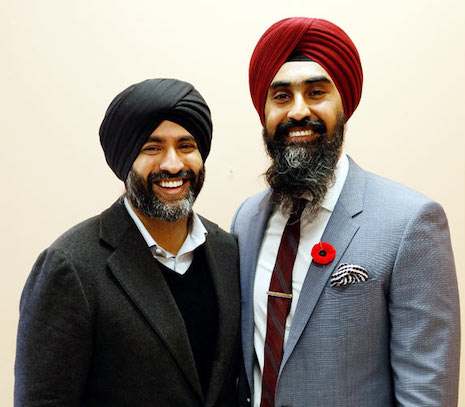 The Guru Nanak Mission Centre Gurdwara, which possesses the only municipal address on the stretch of road to be renamed, endorsed the name change and expressed their appreciation on behalf of the local congregation and nearly 200,000 residents of Sikh faith in Brampton.

“Brampton is home to one of the largest Sikh populations in the world, and have contributed greatly to the social, economic, political, and cultural fabric of our great city,” said Councillor Dhillon. “Guru Nanak’s teachings of oneness of humanity, gender equality, and care of the less fortunate, align with Brampton’s values.”

Councillor Gurpreet Singh added: “I am proud our Council has moved to celebrate its vast cultural diversity, which includes people from all different religions, backgrounds, and ethnicities”

The naming of the road is subject to appropriate approvals from the Region of Peel’s Street Naming Committee, and official ceremony will dates will be announced shortly.