Quebec, Canada: Storms as strong as 100 km/h have knocked out power lines and blown down trees across the Canadian province of Quebec, killing at least two people and leaving over 400,000 people in the dark as of Saturday (November 2), according to local media reports.

Rain fell throughout the province on Friday. Most of Quebec received 50 to 70 mm of rain, but in some areas rainfall exceeded 100 mm. 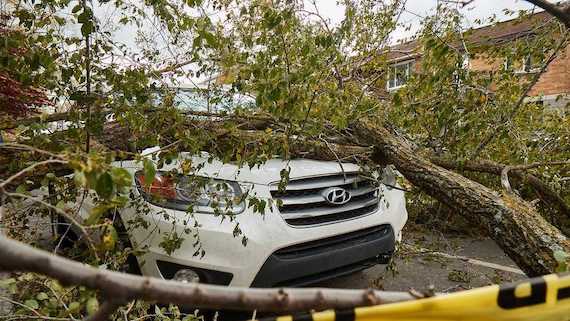 Some 30 roads in the province were flooded and about 2,500 trees have fallen, knocking down some 250 electricity poles across the province.

Because of the storm, trees were uprooted, streets were flooded and there were widespread power outages across the southern part of the province.

As people came across the damage from the storm they took to Twitter to share photos and videos.