New York, USA: The Sikh Coalition has said that it worked with the Pennsylvania General Assembly over the past four months to guide several bills focused on reducing hate crimes in the Commonwealth of Pennsylvania. State Representatives Dan Frankel and Ed Gainey introduced this package of bills in late October. Following the one year anniversary of the Tree of Life Synagogue shooting in Pittsburgh, these measures are expected to modernize Pennsylvania’s hate crime laws to better protect all citizens. 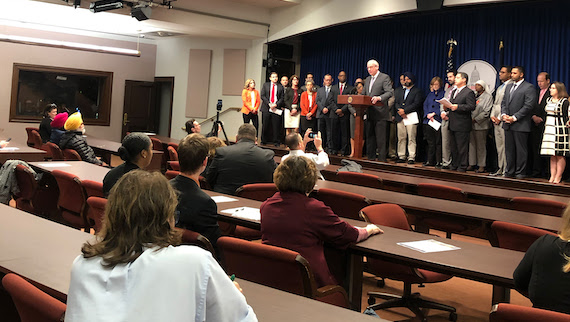 The Sikh Coalition said sought public support for its move. The US based civil rights and advocacy group has urged people to sign an online petition in support of these bills, which will automatically send a letter to respective elected officials. Please also share this petition with your friends and family.

The NGO has also issued an appeal regarding reporting of a hate incident if witnessed, experienced, or known of at ReportHate.org. “These stories can help educate your legislators on the problems of hate that exist in their district; you can choose to remain anonymous, and it is never too late to share your story” The Sikh Coalition said.