The statement terms the detention camps as completely inhuman and without legal basis. 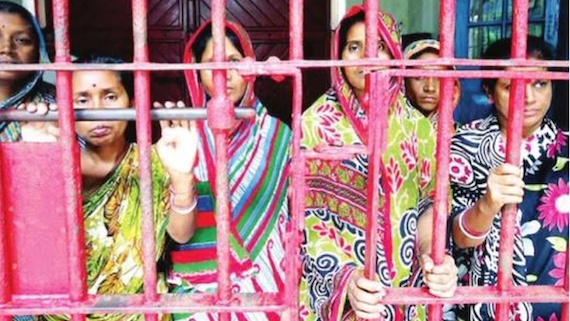 Minhar Ali Modal and Chitralekha Das, commenting on the issue, said, “In Assam 938 People have been languishing in six detention camp at Goalpara, Kokrajhar, Tezpur, Silchar, Jorhat and Dibrugadh. They have been termed as foreigners’ and detained in detention camps without due process, proper adjudication or valid reason. This has violated basic human rights under the Constitution.”

The joint statement further added, “out of a total of 938 persons languishing in six detention camps at present 823 people have no address outside Assam. Their first and last address is either a village or town in Assam. Almost all of them have documents dating to pre-1971.” The statement has also alleged that, ” there is nothing recorded in the jail manual about (running) detention camp. Basic prison conditions otherwise guaranteed are absent here, there is little accountability and transparency. Persons languishing in detention camps are supplied very nominal food, 40-50 detainees have spent their days and nights in unbelievably small a rooms, winter or summer. They have to sleep in open spaces on the floor. Basic health conditions are poor; they are not even getting minimum treatment whenever they suffer from illness. There are allegations of mistreatment directed at the women women detainees inside the detention camps. In a shocking state of affairs, detainees of detention camps are debarred from all human rights.”

The joint statement drew attention to the dire state of affairs in the state and warned that, “more then 70 people have died during the entire process of NRC up-dation. The average person in Assam is terrified at the prospect of detention camps given the inhuman conditions therein. Many in Assam have been traumatised, loss their mental balance, frustrated with the entire NRC process, even taking their own lives rather than face the prospect of incarceration within these camps.” The statement also warned that, “The concentration camps at Germany have become the witness of torture upon Judas at the time of Hitler. Germans worldwide are ashamed, to date, for these Concentration camps. In the same way the Assamese people will have to feel guilty worldwide at some point.”

The joint statement of eminent Assamese thinkers has appealed for the immediate closure of six existing detention camps and to stop the process of the construction of the proposed new camp at Goalpara.