Katas Raj is a complex of several Hindu temples connected to one another by walkways. It is situated in Chakwal district, 90 km south-east of Islamabad. 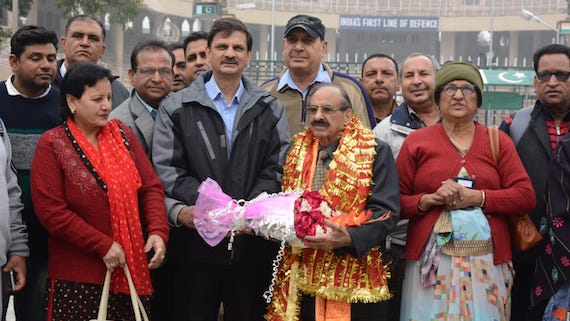 Hindu pilgrims were welcomed by Pakistani officials on their entry in Pakistan at Wagah.

It is learnt that as per an agreement between India and Pakistan Hindu pilgrims from India visit Pakistan four times a years.

Around Hindu yatris, including women, had reached in Pakistan on November 25 to attend the religious festivities in Sindh province.