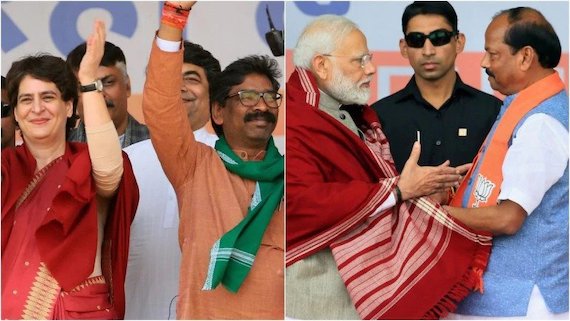 By the evening Jharkhand Mukti Morcha (JMM) emerged as largest party with lead on 28 seats. BJP’s lead/win count was 25 while Congress candidates were leading on 14 seats, followed by Rashtri Janta Dal (RJD) candidates on 4 seats.

There are total 81 seats in Jharkhand State Assembly and majority mark is 41.

If available trends convert into results, then JMM-Congress alliance would replace BJP government in the state.