Chandigarh: The armed forces of India and Pakistan are engaged in firing across the Line of Control (LoC) at internationally disputed region of Kashmir for past few days.

Both sides are accusing each other for violating the cease-fire and maintain that they were only responding to such violation by the other side. 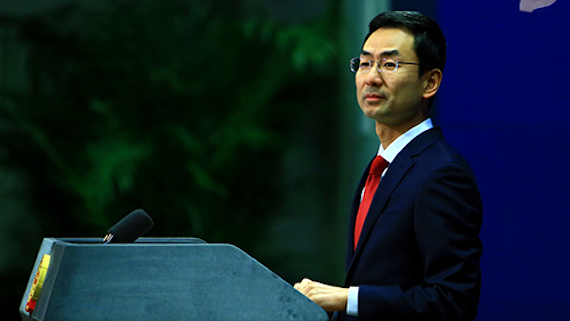 Media reports have reported military and civilian casualties on both sides in past few days of firing.

Meanwhile, China has called upon India and Pakistan to “exercise restrain” and “avoid actions that might escalate tensions”.

Q: The Inter-Services Public Relations of the Pakistan Armed Forces said that India repeatedly violated the ceasefire agreement along the Line of Control in Kashmir during the last 36 hours. Responding to them, Pakistan Army troops damaged an Indian post in Haji Pir Sector, killing three Indian soldiers. Two Pakistani soldiers were also killed. The Indian army had said Pakistan violated the ceasefire agreement and opened fire in Baramulla, killing one Indian soldier and a civilian. What’s your comment?

A: We note relevant reports and are concerned about the current situation. As a neighbor of both India and Pakistan, China calls on them to exercise restraint, avoid actions that might escalate tensions, peacefully resolve disputes through dialogue and jointly uphold regional peace and stability.