Pilibhit: The Uttar Pradesh police have registered a case against 55 Sikhs for carrying out a Nagar Kirtan from Kiratpur Gurdwara Sahib in Pilibhit district of the state ruled by Bhartiya Janta Party (BJP). The Nagar Kirtan was being carried out while commemorating the martyrdom of Sahibzadey (sons of Guru Gobind Singh Ji).

As per media reports, the police have booked five organisers and fifty unnamed persons. 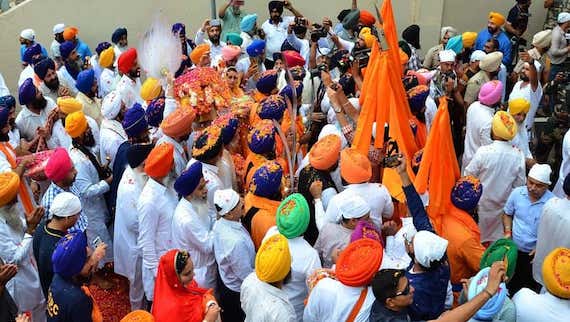 In a case registered on December 29 the Uttar Pradesh Police booked the Sikhs for allegedly violating prohibitory orders under section 144 of the Criminal Procedure Code by organising Nagar Kirtan in Kheri Naubaramad village.

The Delhi Sikh Gurdwara Management Committee (DSGMC) and Shiromani Gurdwara Prabhandak Committee (SGPC) have condemned the police action. They have demanded withdrawal of the case and action against police officials responsible for registering this case against Sikhs. SGPC chief Gobind Singh Longowal said that the police have hurt Sikh religious feeling by wrongfully registering false case against Sikhs.