Amritsar: Terming it a state-sponsored violence on JNU students and teachers unleashed by BJP’s student wing ABVP goons, the Dal Khalsa and Shiromani Akali Dal (Amritsar) squarely blamed it on Home Minister for engineering it. Both the organization demanded resignation of Home Minister Amit Shah and removal of Delhi police commissioner.

After thorough deliberations at a meeting held at Dal Khalsa office about the deteriorating political situation in India and taking cognisance of the shocking and barbaric violence on JNU students and teachers, seriously injuring student leader Aishe Ghosh, SAD (Amritsar) and Dal Khalsa have called for the resignation of Indian Home Minister Amit Shah, for his total failure and threatening the citizens of this country, who were opposing the CAA and NRC tooth and nail.

Referring to the statement of Amit Shah where he said tukre-tukre gang (read JNU students) will be punished, the leaders of both the organizations alleged that Shah has implemented his threat by engineering violence against the protesting JNU students. 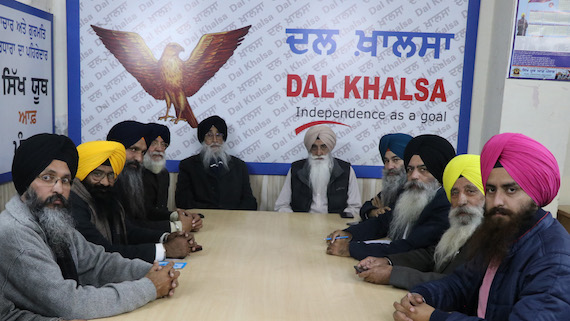 SAD (Amritsar) head Simranjit Singh Mann said Narendra Modi govt has played havoc with the lives of university students and Muslims of UP. The unprovoked violence against Jamia and JNU students was part of same design and Home Minister was fully responsible for this brazen and blatant act of violence, said he.

Dal Khalsa president Harpal Singh Cheema said the barbaric violence at JNU, following the footsteps of Jamia and AMU was a grim reminder that the BJP government will not relent from its fascist path and will go all out to implement the Gujarat model all across the country, irrespective of the consequences to the life and liberty of dissenting students, teachers, opinion-makers, civil society members and human rights defenders.

The crocodile tears of Amit Shah and members of the BJP cabinet will not heal the wounds of the students and teachers brutally attacked and injured last night in a well-planned attack, with full connivance of the police in the national capital of the country, said he.

Both the parties appealed to the Sikh masses to join hands with the Muslims in this hour of crisis. They expressed full solidarity with the struggling students at Jamia, AMU and JNU and also with the Muslim women protesting at Saheen Bagh.

President of Sikh Youth of Punjab Paramjit Singh Mand demanded immediate removal of the Vice-Chancellor and other RSS and BJP-inclined top echelons of the JNU and an immediate ban on the ABVP.