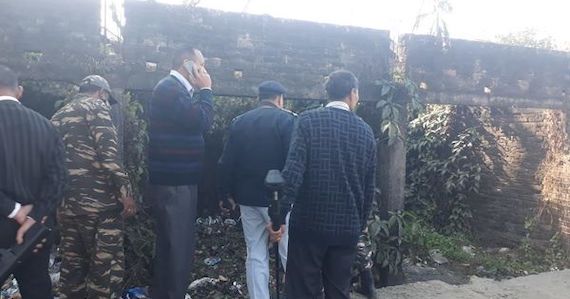 Officials inspecting the one of the sides where blasts took place

No casualties have been reported in these blasts.

Media reports say that ULFA-I has claimed responsibility for these blasts.