Phillaur: Veteran journalist Dalbir Singh (Pattarkar) passed away today. Once a known marxists, he was considered amongst one of the influential ideological figures of the Sikh politics after the Ghallughara of June 1984.

After the phase of Sikh armed struggle he had penned his experiences and views about the Sikh struggle. 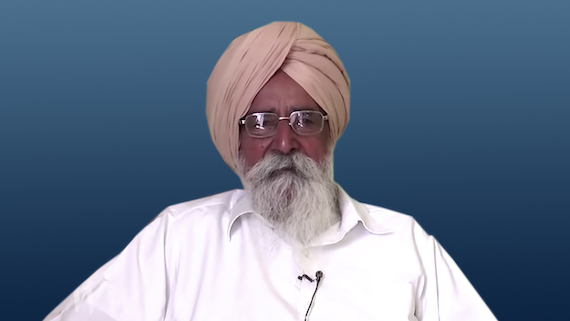 In his book “Nerion Dithe Sant Bhindranwale” he had penned his views about Sant Jarnail Singh Bindranwale. “Dhundukaare Chon Channan Di Khoj” was the title of his another book.

In later years of his life he used to guide the Khalra Mission Organisation as a patron.

He was residing at his native village Ganna near Phillaur in Punjab, where he reportedly breathed last today.