Gurdaspur: A trial court here today acquitted a case framed by Gurdaspur police against Sikh youths, including a close relative of Shaheed Bhai Jaspal Singh Gurdaspur about seven years ago.

Advocate Jaspal Singh Manjhpur informed that the police had filed chargesheet under section 153A of Indian Penal Code, section 25 of Arms Act and sections 15, 16, 17, 18, 19, 20 of Unlawful Activities (Prevention) Act. 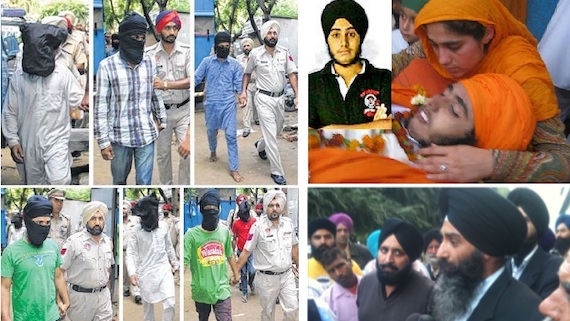 The court today acquitted all the accused persons in this case.

Notably, the police had also nominated Bhai Harminder Singh Mintoo in this case but the case against him was terminated after his demise in Patiala jail.

Notably, the police was already facing allegations of filing this false case against Sikh youth who were relatives of Bhai Jaspal Singh Gurdaspur, who was killed in Punjab police firing on 29 March 2012 at Gurdaspur.

On 6 September 2013 exactly four days after a court reprimanded the state police for its inaction, on Sep 6, Fatehgarh Sahib police announced that it had busted a module by arresting 7 youngsters, who were planning to kill Shiv Sena leader to avenge the murder of Bhai Jaspal Singh Gurdaspur.

A week later, the Gurdaspur police had claimed to unearth another “module” with the arrest 3 persons including Sukhjinder Singh, the close relative of deceased Bhai Jaspal Singh Gurdaspur under the same charges/allegations.

The Sikh groups had maintained that the case was filed to put pressure on the family of Jaspal Singh Gurdaspur to backtrack from proceeding against cops who were responsible for opening fire on Sikhs at Gurdaspur on March 29, 2012.