A horrific attack that was committed against Sikh Community of Afghanistan this Wednesday (March 25th, 2020) in which more than 25 Sikhs died and more than 8 has been severely injured.

According to media reports Islamic State was behind this Attack. Reports in international media say “The SITE Intelligence Group, which tracks militant postings and groups, said IS claimed responsibility for the attack on the group’s Aamaq media arm. The communique identified the gunman as Indian national Abu Khalid al-Hindi.”

This is not the first time Sikhs have been targeted in Afghanistan. In July 2018 Sikhs were also attacked by an Islamic State suicide bomber as they were on their way to meet Afghan President Ashraf Ghani in the eastern city of Jalalabad, the capital of Nangarhar province. Nineteen people were killed in that attack. 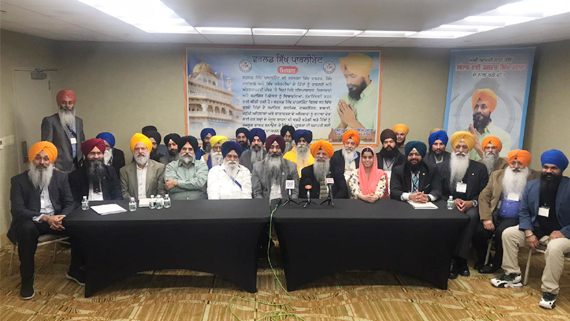 UN-NGO Council of the World Sikh Parliament urges federal law makers all around the world to give message of peace and condemn this act of terrorism on Sikh Nation.

World Sikh Parliament also urge them to contact Afghanistan government to ensure that they conduct proper investigation and take measures for safety of Sikhs.

There are fewer than 100 Sikh families in Afghanistan. World Sikh Parliament encourages US, Canada and UK’s State and Immigration Department to help Sikhs in Afghanistan by accepting their applications for Asylum in their countries.

Swaranjit Singh Khalsa Coordinator of Un-NGO Council said, “Fact is Sikhs don’t have their own country yet and they solely depend on their federal leaders to be their voice at International level.”

Hardyal Singh General Secretary of World Sikh Parliament said, “On Humanitarian grounds everyone should condemn this attack of terrorism on Sikhs Community in Afghanistan and give message of oneness to world.”

Manpreet Singh General Secretary said, “We are working with World leaders worldwide to inform them about this attack and to inform them that all the resources of World Sikh Parliament are available to ease up the process of Asylum”.

Himmat Singh Coordinator of World Sikh Parliament USA said, “I urge Sikh Organizations to contact elected officials in U.S and encourage them to help Afghanistan Sikhs by giving them safe passage to America”.