Canberra: The Australian Sikh Council organised a Samagam to celebrate 550th Parkash Gurpurab of Guru Nanak ji at the Australian Federal Parliament on the 22nd October 2019.

More than 100 guests from all across Australia including 32 Members of Parliament and Senators gathered to mark this historic day. The evening saw the first-ever investiture of Guru Granth Sahib at the Parliament House. The event was followed by speeches of various parliamentarians and Sikh community leaders. 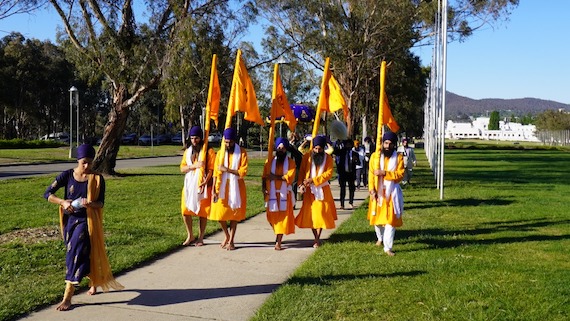 A Saroop of Guru Granth Sahib arriving to Australian Parliament

Harinder Singh, the co-founder of US-based Sikh research institute, was the keynote speaker of the event. He focused upon the 1Force-1Ness paradigm as created by Guru Nanak ji to address the following issues like political paralysis, social justice, and rising extremism. Harinder Singh further emphasised on the teachings of Guru Nanak and said ‘Guru Nanak proclaims the biggest weapon you can carry with you is knowledge’. He applauded Australia for its number one ranking in the United Nations Education Index and how it sets an example for other countries.

‘Sikh values are Labor values’ said Anthony Albanese, the leader of the Opposition and leader of the Labor party. Parliamentarians like Mr Adam Bandt MP, Mr Warren Entsch MP and Mr Bob Katter MP all took the stage and shared some stories from their personal experience with the Sikh community. They talked about how the Sikh values of freedom, equality, compassion and hard work and how Sikhs contribute every day to the Australian society. 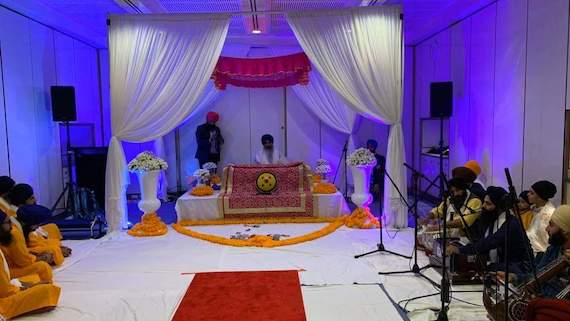 Mr Tarunpreet Singh from Australian Sikh heritage covered 180 years of Sikh contribution and history in Australia through his presentation to the audience. 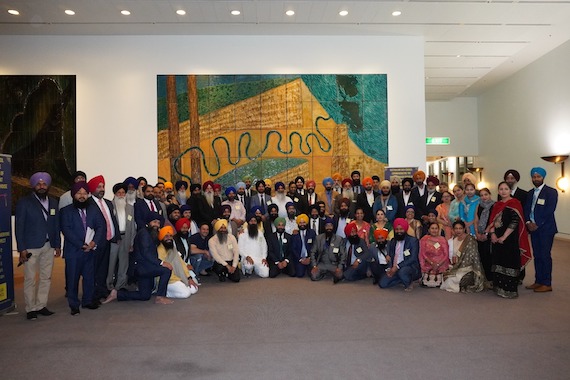 Mrs Jatinder Kaur, Director of JK Diversity Consultants, presented a presentation highlighting Guru Nanak’s revolutionary and progressive ideas of gender equality and women’s empowerment which were way ahead of his time.