London, UK: According to a written release by the City Sikhs Network [t]he British Sikh Report (BSR) is the only strategic document of its kind, aimed at governmental bodies and national institutions alike, which draws attention to the aspirations of the British Sikh community across a range of areas. Compiled by a collective of British Sikh professionals and academics, it is based on quantitative research and will be used to help better understand and meet the various needs of the Sikh community.

It is anticipated that the report will assist non-Sikh organisations in working with the current British Sikh population on collaborative projects. Over 1,400 Sikhs were surveyed for the report, the release reads further.

Some of the key findings in the report relate to the voting intentions of the Sikh community in the run up to the EU Referendum on 23rd June. 57% of British Sikhs want to stay in the EU and only 12% want to leave. 31% of respondents remain undecided. 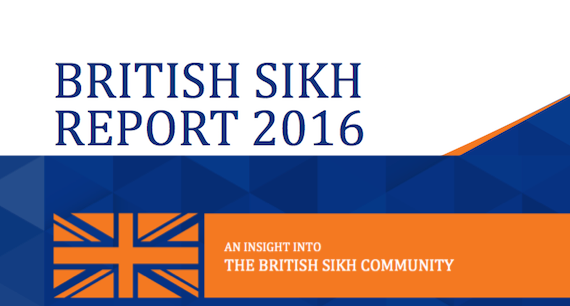 The report also found that the civic contribution by Sikhs is immense, with the British Sikh community donating £125 million each year and volunteering for 65 million hours per annum in total.

Four out of five Sikhs (80%) consider caste to be an irrelevance, and almost 60% of British Sikhs believe that immigrants make a positive contribution to society. However, over two-thirds of respondents want to restrict British welfare benefits to EU migrants.

David Cameron, the Prime Minister, said “Whether it’s through hard work, an entrepreneurial spirit that has helped our country prosper or a vibrant cultural tradition, British Sikhs have brought so much to our society .”

Outgoing London Mayor, Boris Johnson, said, “With Vaisakhi being celebrated in the capital next month as well as across the world, this new report offers timely insight into a population that goes from strength to strength and will continue to play an important role in the future success of our nation.”

Sadiq Khan, MP for Tooting and London Mayoral candidate, said “From feeding the homeless on the streets of London to working hard in the City, this report helps illustrate why the Sikh community should be proud of its contribution to society.”

Jasvir Singh, chair of the British Sikh Report, commented, “British Sikhs are a proud community with a distinct identity. Some of their concerns are uniquely Sikh, whilst others quite clearly reflect national sentiments and sensibilities. As such, this document provides a snapshot of what it means to be Sikh in contemporary Britain.”

The document is to be launched at a Parliamentary event on Tuesday 22nd March where Peers and MPs amongst others are to speak of the positive contribution by Sikhs to British society and will discuss the findings within the British Sikh Report.