Chandigarh: Aam Admi Party (AAP) today condemned the Parkash Singh Badal led government for the failure and sluggish response over the fee hike issue. AAP alleged that the government has failed to intervene for extending relief to agitating parents and not showing any concern about student’s future.

AAP leaders Himmat Singh Shergil and Faridkot MP Professor Sadhu Singh stated that the state government has miserably failed to intervene and look into the issue and provide relief to the parents, though the High Court ordered constitution of Regulatory body within six months in April 2013 to regularise the issue of fee hike. 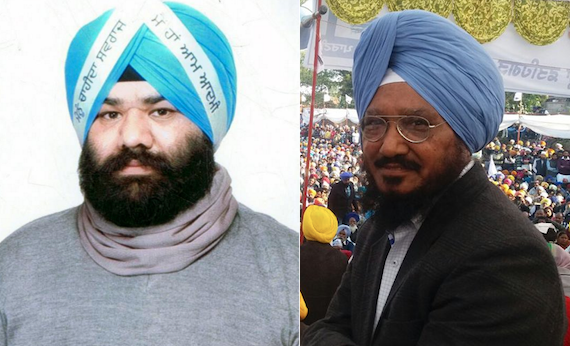 Even the Badal government deliberately turned ‘blind eye’ on the continuous loot by the ‘Educationalists Mafia” and did not intervene to inspect and even withdraw affiliation if a school continued to violate the CBSE norms or failed to justify its fee hike, AAP leaders stated.

Reacting to the advisory of State Education Minister Dr DS Cheema for not doing politics on the ‘noble’ issue of Education, AAP leaders said “Dr Cheema, had your government not ruined the educational system in Punjab, what was the need to raise this issue by us. It is unfortunate and surprising that you don’t want anybody to raise finger on your sins. Congress may oblige you,(rather already obliging) but not AAP, which is here to correct the system to serve people”.

AAP leaders also said Akali government has virtually demoted the Education System as well as the Education Quality not only in the Private Schools indeed in Private Universities and Colleges too.

Recently in February 2016, attempt of converting heritage Khalsa college into a private university and handing it over to Majithia family, was another example for operating “Education Mafia” by the Akalis, they alleged.

They alleged that SAD-BJP government has already forfeited its all rights in the Private Universities Act, in which it kept no provision of its intervention; in case of any wrong-doing by private universities in a conspicuous manner, they said.

Fee hike epidemic is the burning issue of the time but one cannot draw a blank to the fact that many schools and colleges of the state still lacks basic amenities and efficient teachers as a result depleting the Education standard in the Border state.