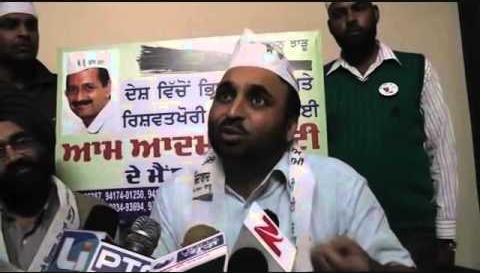 Bhagwant Mann, Aam Aadmi Party’s Member of Parliament from Sangrur, said that the AAP has decided to contest Dhuri bypoll. He said that the people would punish the Congress as well as the ruling SAD-BJP alliance that had forced the byelection on the residents of the Dhuri constituency.

Earlier, byelections were held in Moga and Talwandi Sabo after the resignation of Congress MLAs who joined the SAD. “They are deceiving the people. Politicians are making a mockery of democracy and election mandates”, Bhagwant Mann added.

It is notable that Bhagwant Mann had secured a lead of more than thirty three thousand votes in the Dhuri segment during last Lok Sabha elections.