Dr. Daljit Singh has reportedly been expelled for speaking out against the party’s state affairs incharge Sanjay Singh. 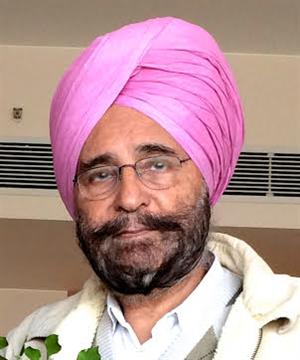 As per information the central leadership of the Aam Aadmi Party has conveyed its decision to Dr Daljit Singh about his expulsion from AAP.

Dr Daljit Singh had criticised party’s state affairs in-charge Sanjay Singh and Punjab convenor Sucha Singh Chhotepur, after which he was served with a show cause notice by the Central disciplinary committee of the Aam Aadmi Party. The notice said: “It has come to our notice that you have been deliberately indulging in anti-party. Your activities, utterances and conduct has caused damage to party’s image and is proving inimical to party organisation. You have also attempted to bring disrepute to senior party leadership by making false and malicious allegations and defamatory statements. In addition, you have been disobeying party directions and working against directives.”

Dr Daljit Singh had express firmness on his stand claiming that there was no inner-party democracy left behind in the Aam Aadmi Party.

It is notable that the Aam Aadmi Party MPs Dr Dharamvira Gandhi (Patiala) and Harvinder Singh Khalsa (Fatehgarh Sahib) have also been openly criticizing the central leadership of the Aam Aadmi Party. Both MPs have maintained that they were not consulted before recent reshuffle in the party’s state unit structure. Sources say that the Aam Aadmi Party’s bosses have spared both MPs from any strict action for the time being, as the party was able to secure only 4 seats during the last Lok Sabha elections. Notably, Punjab was the only state where the Aam Aadmi Party was able to secure MP seats during Parliamentary elections in 2014. Besides, Gandhi and Khalsa, Bhagwant Mann (Sangrur) and Prof. Sadhu Singh (Faridkot) had won their Lok Sabha seats.