Amritsar/ Fatehgarh Sahib: The Aam Aadmi Party (AAP) is heading for a possible split in Punjab, as two of its four MPs, Harinder Singh Khalsa and Dr Dharamvira Gandhi, are going to skip its Rakhar Puniya conference at Baba Bakala for a volunteer meet organised by sacked Amritsar leader Dr Daljit Singh.

“Even when the threat is backed by the Delhi-based leadership, Dr Gandhi and Khalsa have decided to defy him. They told HT they were going to the doctor’s event and there was no stopping them”, notes a news reported by HT. 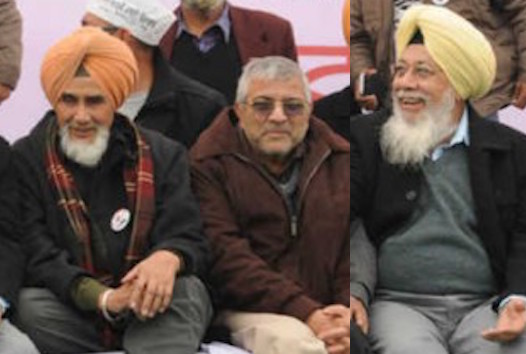 “If the party can throw out leaders such as Dr Daljit Singh, then I have no regret in saying that it should be thrown out of Punjab,” said Harinder Singh Khalsa

“Some anti-party forces might have sacked Dr Daljit Singh, but common volunteers are still with him, and we are going to them, for we don’t use and throw people,” said Khalsa.

While Patiala MP Dr Dharamvira Gandhi had attended the programme of sacked AAP leaders Yogendra Yadav and Parshant Bhushan, Fatehgarh Sahib MP Khalsa was kept out out of an AAP rally at Issru in his own constituency. “They threw me a challenge. I accept it,” he added.