Sangrur: Aam Aadmi Party (AAP) on Saturday held Punjab dialogue in Sangrur. As per a written press release issued by AAP, it assured the youth of Punjab that party would make all efforts to set up at least one library, one dispensary and a playground in almost every village in the state once it formed the government in 2017.

As per release AAP in its ongoing programme of Punjab Dialogue also assured it would uplift the quality of education in the government schools which has been on the decline for many years under the rule of successive governments. AAP promised to install CCTV cameras and foolproof security in the buses to ensure better safety for the women.

Parts of the release reads as follows:-

On the demand of the youth AAP also vowed to put an end to the Mafia rule unleashed by certain student organizations in the educational institutes backed by various political outfits. 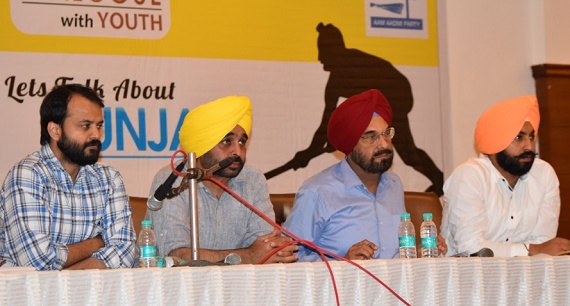 Besides, AAP also ensured to fill up all posts lying vacant in various government departments and to secure a minimum percentage of jobs for the Punjab based students in the private sector.

AAP’s Punjab dialogue team headed by senior journalist Kanwar Sandhu assured the aforesaid during his interaction with the Punjab youth who gathered in large numbers to express their views about the various problems being faced by them in the state. 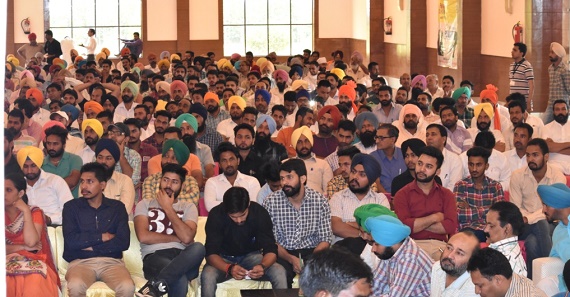 During the interaction under the banner “Bolda Punjab”, (Punjab Speaks) the Punjab Dialogue team encouraged the youth to give valuable suggestions to help the party understand their core issues and thereafter resolve the same effectively once it constituted the government in Punjab.

The ongoing Punjab Dialogue would also help AAP to shape up its manifesto for the 2017 assembly polls and to give a clear road map to the youth of Punjab what would be in store for them in next five years once the party came to power in Punjab.

Addressing the youth that comprised an impressive number of girl students, who came from various educational institutes, Kanwar Sandhu said it was indeed very unfortunate that Punjab which was once known for robust health of the youth, rural sports such as wrestling and hockey these days was being seen as a safe haven for drugs.

“Our endeavor would be to set up at least one library, a dispensary and a play ground in each and every village of Punjab. This would help the youth cultivate the habit of reading and to develop interest in sports. Probably every seven to eight villages can also have a stadium for better sports facilities”, added Sandhu.

Sandhu said the party would formulate a detailed and multipronged sports policy to ensure that the youth of Punjab could compete at the highest levels.

Sandhu said since computerization was one of the major components of today’s education curricula the AAP would also try to set up cyber hubs all across Punjab. This way the rural youth could familiarize with the computers to keep pace with the rest of the world.

“We want you to dream big and let AAP help you accomplish those. We will provide you the wings and you just need to have the courage to fly”, said Sandhu to a thunderous applause of the youth.

Sandhu said AAP would strive hard to make the youth job providers rather than being job seekers. “We will try to introduce skill development programmes according to the need of the industry. Besides we will also introduce start up programmes for the young entrepreneurs”.

During the Punjab dialogue the youth asked questions and raised concerns about the deteriorating level of education in Punjab, law and order, child labour, rising incidences of dowry,  increasing unemployment, vast spread of drug menace, women safety, farmers’ suicide and dwindling level of water table in the state to an alarming rate.

Earlier Khetan, elaborated on the various developmental projects accomplished by Arvind Kejriwal government in Delhi especially in the health and education sectors.

Bhagwant Mann in his inimitable style said the party should engage in social politics in the state and said he would encourage the youth to get married without seeking the dowry.