Mansa/Chandigarh: The Aam Aadmi Party held it’s Punjab Dialogue – Bolda Punjab function at Mansa on May 8. According to a press release by the AAP the party leaders made a fervent appeal to the entire farm community not to take such a drastic step to end life and have patience for “at least eight months before AAP could form the government in Punjab and resolve their agricultural related problems on priority”. 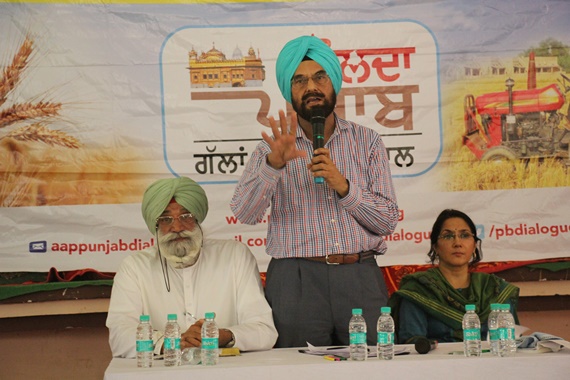 Journalist turned politician, Kanwar Sandhu, who is heading Punjab Dialogue of the AAP called upon all farmers present at the venue to raise their hands to take a vow that they would not let anyone commit suicide.

Kanwar Sandhu who was also accompanied by AAP’s Punjab Kisan Wing President, GS Kang and senior leader Chander Suta Dogra, said though Delhi Chief Minister Arvind Kejriwal had already written to Punjab Chief Minister Parkash Singh Badal to immediately impose moratorium on the recovery of loans from the farmers which could prevent the peasantry of Punjab from committing suicides but the SAD-BJP alliance government has refused to act on his piece of advice. 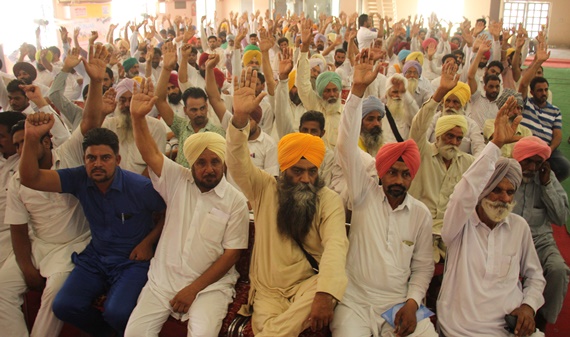 A view of gathering during Punjab Dialogue at Mansa

“Once the AAP comes to power we will not let any farmer or a farm labour die in such a manner. The party will take several measures to ensure that the peasantry is taken out of the vicious circle of loan and mounting debt”, said Sandhu. 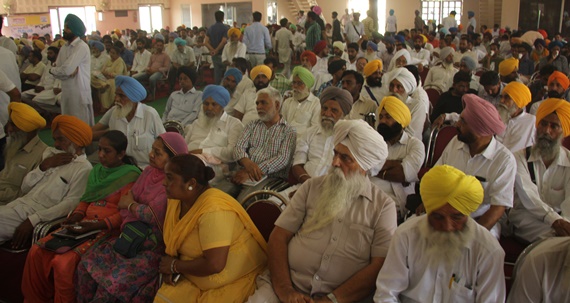 Another view of gathering during Punjab Dialogue at Mansa

He also suggested that the people should form small groups which should be in constant touch with the families of farmers who might end their lives out of despair. “We should all come together and help and prevent such people not to take such a drastic step of ending their life”, added Sandhu.

Earlier G S Kang informed that in Mansa alone nearly 148 farmers and farm labourers have committed suicides since 2013 till March 2016.

“On coming to power the AAP on the pattern of Sir Chhotu Ram would not allow the banks or the government to acquire, confiscate or auction the agricultural land of the farmers. Punjab agricultural university (PAU), Ludhiana and Punjab Agricultural department would be made fully accountable for providing quality seeds, fertilizers and pesticides to the farming community”, said Kanwar Sandhu.