Chandigarh: Aam Aadmi Party has issued notices to party’s suspended MPs Dharamvira Gandhi and Harinder Singh Khalsa for anti-parties activities. Both the leaders have confirmed to have received the notice sent by Pankaj Gupta via email. It is notable that Gandhi and Khalsa were suspended by the Aam Aadmi Party for holding parallel conference at Baba Bakala about three weeks ago. Bother leaders have reportedly declared that they would file a properly reasoned reply to the notices.

As per media reports AAP has demanded clarifications from suspended MPs on three questions: firstly, why they participated parallel conference and used image of AAP convenor Arvind Kejriwal and party symbol broom on banners? Secondly why they did not submit their report card as party MP and thirdly why they are violating discipline of the party by issued statement in media against party leaders? 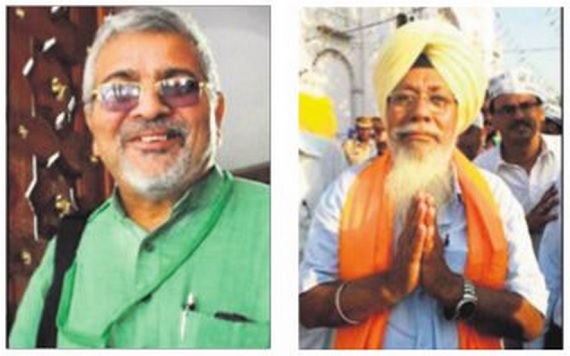 Patiala MP and suspended AAP leader Dharamvira Gandhi said: “I got the notice only at around 7:40 am on September 23 whereas the incident is of August 29. I had got 10 days to reply and I will reply on it”.

He maintained that the party leadership has detracted from basic and founding fundamentals of the party.