Chandigarh: Ridiculing Delhi Chief Minister Arvind Kejriwal’s claim that the Aam Aadmi Party was winning 107 out of 117 seats in 2017 Assembly polls, PPCC chief Capt Amarinder Singh today compared the AAP with the People’s Party of Punjab (PPP), which was headed by Manpreet Badal before its merger with the Congress. 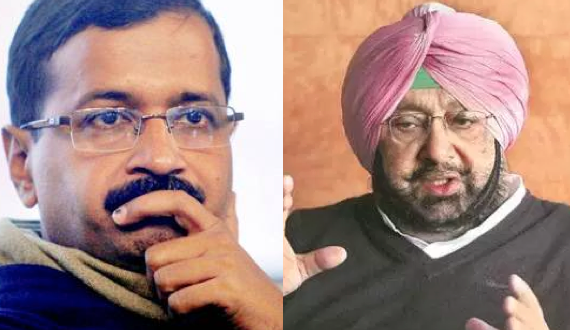 In a statement issued yesterday, Capt. Amarinder said, “Like the PPP, the AAP will soon vanish into the thin air.”
However, the former CM praised Manpreet and said, “Manpreet Badal still had integrity and credibility to his credit and he was the son of the soil but Kejriwal lacks all these attributes”.

He pointed out that since 2014 when the AAP won four parliamentary seats, it had split vertically with two MPs already having revolted. Besides, the two byelections it contested, it forfeited the security deposit in both and after that it did not dare to contest any byelection.