Chandigarh: The Aam Aadmi Party today alleged defrauding of public exchequer to the tune of Rs 2800 Crore, by M/S Fastway Transmissions Services (P) Limited and its allied companies being controlled by Gurdeep Singh Jujhar and his associates in Punjab. AAP said that such defrauding was being done in connivance with the Deputy CM Sukhbir Singh Badal during the past eight years. AAP termed the widest cable network of Punjab as “the Cable Mafia” and demanded CBI inquiry into the alleged defrauding.

AAP leaders alleged that the FastWay was indulged into the evasion of Income Tax/ TDS, Service Tax, Entertainment Tax, Pole Usage Charges and Optical Fiber Cable Laying and Road Cutting charges is in violation of the Finance Act, 1994 and various other Union and State laws.

“The total tax evasion by Fastway and its allied companies in Chandigarh, HP and parts of Haryana, besides Punjab could be to the tune of Rs 5,000 Crore”, said Kanwar Sandhu.

Sukhpal Khaira said that the Aam Aadmi Party is writing to the Central Minister of Finance, Arun Jaitley demanding a probe by the Economics Offences Wing of CBI. Besides, it seeks the immediate arrest of Gurdeep Singh and others as per Section 91 (1) read with Section 89 (1) (i) and (ii) of the Finance Act, 1994. The Act, as amended, provides for the arrest of any one evading Service Tax exceeding Rs 50 Lakh. In case of Fastway Company (and its contracted Cable Operators), the evasion of Service Tax in Punjab alone is more than Rs 800 Crore. 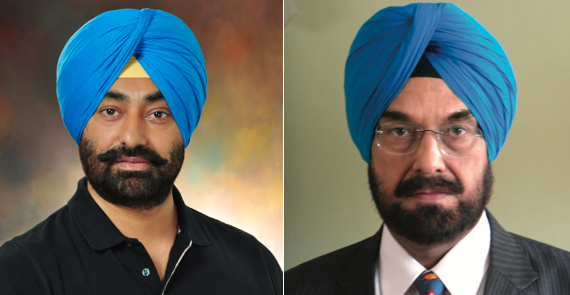 Kanwar Sandhu said that while on paper, there are a few dozen Multi-System Operators (MSOs) in Punjab, in actual fact, Fastway Company holds near complete monopoly, which has enabled it to impose Media Emergency as and when desired. Most MSOs are being taken over through its sister concern, Creative Cable. Thus, Fastway is able to, on bidding of the Deputy CM, control/ block telecast of various channels like Day & Night News earlier and Zee Punjab, Haryana and HP now. Fastway has a total of 14 Companies and its presence in Punjab and nearby states is predominant.

Talking about the Income Tax evasion, Kanwar Sandhu said that the total TDS/ IT evasion comes to more than Rs 1850 Crore in Punjab. This is considering a total of 8,000 Local Cable Operators (LCOs) in Punjab (as per Fastway’s own admission to Hindustan Times of April 4, 2015, 6500 are under it). Against this, the IT is being paid on only 220 or so LCOs, which is a gross under-reporting of subscriber base.

“The total service tax evasion in Punjab is to the tune of Rs 811 Crore. Against a population of 2.79 Crore in Punjab, there are about 40 Lakh cable connections (though in Chandigarh the density of cable connections is higher than in Punjab). On an average the Cable Operator charges Rs 250 per connection per month, including Service Tax (12.36 – 14 per cent). By this calculation, the annual collection towards cable connections would be Rs 1195 Crore and the amount of Service Tax collected should be Rs 131 Crore. Against this only an amount of Rs 27 Crore is being reported. Even this amount collected and passed on to Fastway is not being deposited regularly, which is a criminal act. Unfortunately, in most cases, the cable operators are on the receiving end. While there are at least 6500 declared cable operators under Fastway in the state, only 550 are registered and of these only 200 pay Service Tax (which too is not deposited)”, reads a statement released by the Aam Aadmi Party.

AAP statement further alleges that [i]n both cases (IT/ TDS and Service Tax), the connivance of certain Central Excise & Income Tax Department officials is apparent. For example, the Service Tax Department has issued notices to only 1100 cable operators for tax evasion of Rs 253 Crore. What about the remaining 6900 Cable Operators in Punjab? Records of Fastway Company seized by the Enforcement Wing of the Service Tax Department at Ludhiana in 2012 have still not been examined and could soon become time-barred after five years. As an example, the Show Cause Notice issued by the Office of Joint Commissioner, Central Excise Commissionerate, Ludhiana dated 22.10.2014 is enclosed. What is significant is that even in this in order to help the defaulters, a vital clause (Section 73-A) of the Finance Act, 1994, has not been invoked, which provides for Service Tax collected for Government to be deposited in Treasury at the earliest. All this is happening despite specific inputs and instructions from the Director General (Audit), Central Excise dated 29.8.2014.

“Besides, Punjab State Power Corporation Ltd is not charging “Pole Charges” of Rs 100 per pole per year. Approximately, 325000 poles are being used for cable wires. The evasion of charges during the past eight years comes to Rs 26 Crore”, he added.

“It is also learnt that Fastway has laid Optical Fibre Cable along with the Reliance in a questionable manner without paying Cable laying/ Road Cutting Charges (Rs 500 per meter of road and Rs 1,000 per manhole) for more than 1100 kms. By this, Fastway and its subsidiaries owe about Rs 70 Crore to the Municipalities/ PWD and Irrigation Department in Punjab. Instead of recovering this amount, the SAD-BJP Government on the bidding of the Deputy CM is facilitating the operation. Punjab Government’s deal with Reliance should be made public. Does it provide for Fastway Company to lay its pipes along with Reliance?” AAP statement reads further.

“It is also learnt that in a number of cases, pipes and cables of Fastway and its allied companies have been laid under Railway Tracks and Irrigation channels without proper permission and submission of maps (and payment), as required, which could pose a serious security hazard. All such records should be seized”, said AAP leaders.

AAP statement further said: [i]n the same breath, AAP also severely condemns the undeclared emergency being imposed on electronic media by the Badal government. AAP demands immediate withdrawal of the blackout of Zee Punjabi network from the cable network in the state by the said Fastway cable mafia operating under the patronize of the Deputy CM Sukhbir Badal. Therefore, In view of gross tax evasions and fraud, we demand an immediate CBI inquiry, which should also probe the role and connivance of Sukhbir Badal, besides the arrest of Gurdeep Singh Jujhar.