Anandpur Sahib: Aam Aadmi Party had refused to join hands with Shiromani Akali Dal (Taksali) as it was not ready to withdraw the candidature of Narinder Singh Shergill from Anandpur Sahib Lok Sabha seat but now he is barred from contesting election by the Election Commission of India (ECI).

As per media reports the Election Commission of India (ECI) has barred Narinder Singh Shergill from contesting any election due to non-filing of details related to the expenditure incurred by him during the 2017 Assembly elections, which he had contested from Mohali. 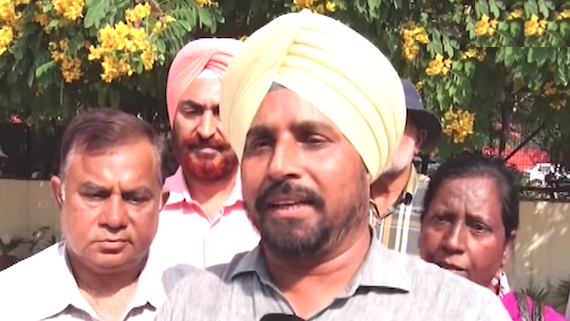 “Though the decision was taken by the ECI a few months ago, Narinder Singh Shergill had filed an appeal before the commission, seeking revocation of the ban. The Deputy Election Commissioner, after giving a hearing to Shergill on April 25, rejected the appeal”, notes a report in The Tribune (TT).

Since 30 April was the day for scrutiny of the nomination papers, Narinder Shergill moved the Punjab and Haryana High Court against the ECI decision.

Acting on the plea, the court has directed the ECI and another respondent to provisionally scrutinise his nomination papers. Making it clear that the process would be subject to the outcome of his petition, the Division Bench of Justice Daya Chaudhary and Justice Sudhir Mittal also issued notice of motion to the ECI and the other respondent, while fixing May 2 as the next date of hearing in the matter.