Chandigarh: The Aam Aadmi Party on Saturday announced office bearers of its youth wing in Punjab. In a press release issued by the party, AAP state co-president Dr. Balbir Singh said that the appointments are done after the consultations with the senior leaders of the party and it has been done on the basis of duties performed by the voluteers to uplift the party in the past years. 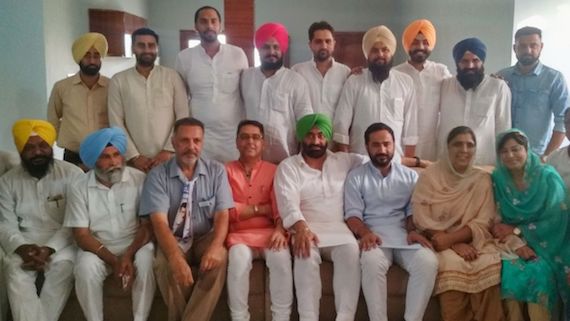 Manjinder Singh Sidhu from Tarantaran will now head the state youth wing while MLA Meet Hayer has been appointed as the in-charge of the wing. Dr. Balbir said that party will now start preparing for general elections due in 2019 and reach the grassroot level workers to engage them for the purpose.