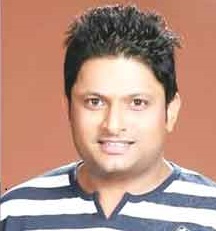 At a press conference at Talwandi Sabo on Sunday (August 11), Balkar Sidhu alleged, “Baljinder Kaur has two votes in her Jagga Tirath Ram village. In details of one vote, she is the daughter of Darshan Singh and in the other vote, she is daughter of a dead man Amarjit Singh.”

Balkar Sidhu maintained that the Aam Aadmi Party (AAP) had no proof to cancel his ticket. They just cancelled it on the basis of some verbal charges. Now, I have given documentary proof against Baljinder. Will AAP cancel her ticket?”

Meanwhile, Darshan Singh, father of Baljinder Kaur, has rebutted Balkar Sidhu’s claims. He said that there was absolutely no truth in the allegations levelled by Balkar Sidhu.

He said that it was party’s (AAP’s) decision to grant or withdraw ticket of Balkar Sidhu.

He said that Balkar Sidhu was adopted ugly tectics against AAP candidate in frustration.