AAP condemns Badal for his ‘silence’ on loot by private schools

Chandigarh: Aam Aadmi Party (AAP) today condemn the state government for its ‘silence’ over the loot of private schools in the state by exorbitant hike in the fee and ‘capitation fee’.

Head of legal wing of AAP, Himmat Singh Shergil and Member of Parliament Prof. Sadhu Singh said when the parents are on warpath and sitting on protest in almost every district against the arbitrary hike in the fee of schools, Octogenarian Chief Minister Parkash Singh Badal, failed to intervene for ensuring relief to the parents.

In a state, where the government schools were already ruined and poor parents were forced to get their wards admitted in private schools, it is responsibility of the state government to ensure quality education to children at affordable rate, AAP leaders said. 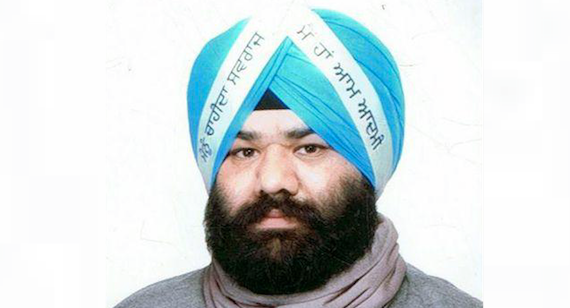 AAP leader revealed that at Jalandhar, where parents were sitting on protest against fee hike, were forcibly lifted to vacate the venue as Jathedars of SAD had to lay a ‘hollow’ dharna.

However, in Delhi AAP Government has managed to achieve impressive levels of enrolment in just one year but the quality of education in Punjab is in shambles from last many years, AAP leaders said revealing that the menace has been occurring for years, but came to a boil in Patiala last week, where parents were seen protesting against the hike of school fees in Private Education Institutions with every passing year.

“Schools keep citing a Supreme Court judgement saying they can increase fee by 10% every year; but the annual fee hike is over 20% actually for looting the parents with patronage of Badals,” he said.

Disappointed over the lack of regulation of these annual fee hikes and this erratic style of functioning of private institutes, members of various associations in the state feel the state government has left them with no option other than to adopt the path of agitation, he said.

Fees hike in Private Schools is not the only issue in which State Government fails to act instead basic facilities like laboratories or sports, even in many schools teachers are not available, and those available are in-efficient, Shergil said claiming all thanks goes to both Congress and SAD-BJP combined who were never serious to improve the standard of education in the State.

On the other hand, Aam Admi Party (AAP) clinched a history in the Indian Politics by proving its dream of making Delhi a “fully-literate state” and working on Education system as its foremost priority.

Although, it is fundamental right of the citizen and prime responsibility of any state government to impart quality education to the people, but by not doing so, the regimes have created hindrance in the overall development of border state, he alleged.

Whereas, a huge change has been seen in the Education System of Delhi full new infrastructure has been witnessed along with that various schemes and policies like Chief Minister’s Super Talented Children Scholarship Scheme 2015-16″ and Education loans has been provided to the students.