Chandigarh: The Aam Aadmi Party on Thursday criticized Capt. Amarinder Singh led Congress govt. for its decision to shut off units of government thermal plant at Bathinda and Ropar. In a press release, AAP Punjab president Bhagwant Mann and Co-president Aman Arora said that Caot. Amarinder Singh has failed economically and in policy matters so the state has left on the mercy of private players of electricity field.

Bhagwant Mann and Aman Arora said that it is the result of the policies of previous govt. as well present Congress govt. that state is being forced to rely on the private electricity generating firms. The effects of these policies will be devastating in long as the private players will be free to sell the electricity as per their desired rates that will led to more burden on the residents of the state. The leaders said that AAP strongly oppose the decision and stands by the thousands of employees of these plants. 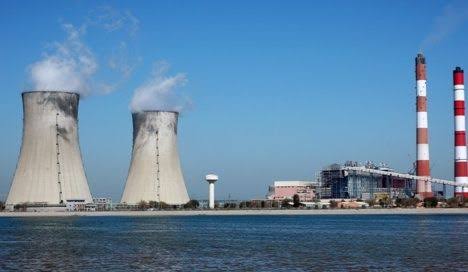 AAP leaders claimed that on side states like Rajasthan, UP, Gujrat, Andhra Pradesh and Haryana are encouraging state owned thermals and upgrading it but Punjab govt. has decided to shut off the thermal that was upgraded in 2014 by spending Rs. 750 Cr. Arora asked if who would compensate 750 Cr. Rupees used from public exchequer.

Mann and Arora said that Capt. Amarinder who used to promise providing jobs to every household after formation of govt. is now not only running away from fulfilling his promise but has started snatching the jobs of people of state. The public facilities like suvidha centres, schools and sanjh kendras are shut by government to encourage the private players in the state. The privatization of these facilities is condemnable and the party opposes the idea of snatching basic facilities from the residents. The leaders asked why 3 private thermal plants are being paid Rs. 2700 Crores without even using electricity of these plants.

Arora asked Congress state chief and Member of Parliament, Sunil Jakhar why is he silent on the issue now as he was earlier accusing previous Badal government of indulging into corrupt practices while signing MOUs with private players. He asked why Congress has taken U-Turn on scrapping these unethical MOUs as promised before polls.